Smartphones as a food safety tool 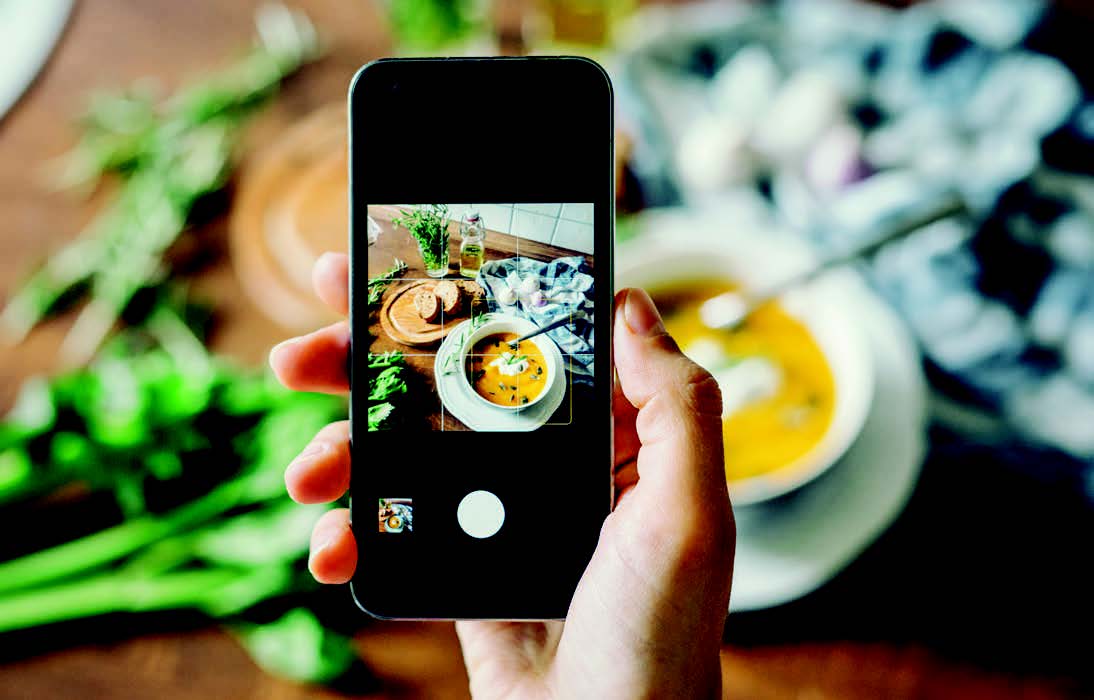 Food contamination can slip through the cracks of the safety network. Food travels from the farm to the consumer’s fork through a complex globalised network which includes producers, transporters, retailers, and consumers.

The actors in this chain are often spread  across various countries and unaware of each other’s practises while potential sources of contamination are numerous. This makes it difficult to avoid consumption of any tainted products since it can be hard to trace where the issues came from and which retailers already have those products up for sale. Illicit or maximum regulatory limit-exceeding pesticides in strawberries, antibiotics in poultry, naturally occurring marine toxins in shellfish, pathogenic bacteria in unpasteurised milk and viruses in raw foods are typical examples of contaminants that can enter our food chain in this way.

Unfortunately, this risk is particularly high for viral contamination since food can get contaminated all along the food chain while no specific European legislation or monitoring strategies, apart from the general hygiene legislation and some limited control measures for shellfish, exists for viruses in food.

The case of norovirus

One of the most common causes of food poisoning in the UK and Ireland is norovirus, also called the "winter vomiting bug". Norovirus is an intestinal virus that often causes vomiting and diarrhoea. It can also cause fever, headaches and muscle cramps. The bug is quite infectious and can be spread through human- human contact as well as from touching contaminated surfaces or ingesting tainted uncooked food such as fruit, salad or raw oysters. However unpleasant, it is not often dangerous and people usually recover within two days.

Exactly how often norovirus contamination can be present in food became clear from research funded by the UK Food Standards Agency and reported in the journal Food Micr obiologyin June 2019. It was found that about one in every twenty open-headed lettuces and one in every fifty fresh raspberries across various UK retail outlets tested positive.

Oysters show an even higher prevalence, with between one in two and one in twenty EU and US- sourced oysters testing positive for norovirus at farms and marketplaces according to a study in the Eurosurveillance journal. This means that if a person wants to be 99.99% sure (which means having a daily chance of contracting norovirus from lettuce of roughly one in ten thousand), they must only eat lettuce once every 500 days (1/20 x 1/500 = 1/10,000).

For oysters the same safety considerations would reduce consumption to, at most, once every 500 days as well (taking the lowest reported prevalence). This being said, it seems safe to say that proper hygiene practices and better testing for norovirus contamination  in  food  (to  bring  down  prevalence)   would be preferable.

A powerful tool to increase food safety may be to create a testing system with screening tools that enable consumers to screen for contaminants themselves. Such a system can scale up to combat the challenges that were outlined above.

Biosensors are particularly interesting tools for such a purpose as they are compact and often portable devices. They detect the presence of a contaminant through "bio-recognition". This is mostly done using antibodies that specifically bind to their target. Detection of the target is mainly achieved by trapping the target on the biosensor with a "catching" antibody and then detecting its presence using a "detection" antibody that is linked to a label. The label can be a coloured nanoparticle that can be seen directly by trapping it on a test line (this is the main way pregnancy test strips work). The label can also be something that provokes a chemical signal, such as a colour reaction or an electrochemical reaction. This signal can then be quantified by a sensor such as a camera (to quantify the colour change) or a miniature voltage/ amperage meter (to quantify the electrochemical reaction). The principle of these sensors is illustrated below. These devices could potentially be used at home, in supermarkets, or on a farm to screen for norovirus contamination. Utilising the smartphone as a platform for such tests is very attractive since these devices are widely available and fitted with useable sensors, such as cameras.

Moreover, built-in GPS can ensure the test is time and place- stamped while connectivity makes it possible to establish rapid communication to a regulatory agency. The agency could then follow-up with confirmatory tests if the screening test was positive. In this way, many more screening tests could be performed at all levels in the food chain, which could make our food supply much safer. However, this may sound quite futuristic and one could wonder how far we are away from making this possible technically and what large scale implementation of such devices would mean socially.

There are several technical issues that need to be overcome to get smartphone-based testing for food contaminants ready. One such issue is calibration. To quantify a colour change with a smartphone camera it is important to link the colour value to a given concentration. However, different smartphones have different internal camera settings. This can be a problem since it would be undesirable for a consumer to only be able to perform the test on one smartphone model or to have to first calibrate the phone by performing a set of tests with known concentrations of the contaminant. Luckily, there are some promising solutions to this problem such as using open camera apps that allow to fix the shutter time and white balance of the camera.

Another problem is getting the contaminant extracted out of the food and into the biosensor in a timely, consistent and easy manner. Traditionally extraction and measuring protocols can take up to several hours and require laboratory techniques and equipment such as pipetting and centrifugation. A solution to this issue is the use of 3D printed devices. This technology allows the creation of small devices with channels and valves in them. A sample can be driven through such channels and allowed to be mixed with reagents that are safely stored in the device by using a small hand pump. In this manner extraction and measuring protocols can be simplified.

These are just some of many potential obstructions. However, almost all such issues have existing technical solutions. Thus, the challenge is to combine all those solutions successfully in one device and push this technology to commercialisation. Ideally, such devices could be widely available for food testing within a decade from a technological perspective. In fact some similar devices (such as the OrganaDx of MyDX) are already available to the consumer to screen for pesticides in fruits and vegetables.

Unfortunately, this type of error is bound to occur if screening is done on a very large scale. This has to do with the specificity, or true negative rate, of the screening test which tells how often the sample is correctly identified as negative in the negative sample set. The maths is a bit more complicated but similar to the logic explained above. Imagine a very effective screening test that is able to get 99.99% of its predictions correct. That means it would still get a false positive for one in every ten thousand tests on products that are norovirus-free. Thus, if consumers start testing for norovirus on a large scale it is inevitable that some screening tests give false positive results. From an analytical point of view this is not a major issue since follow-up confirmatory tests can be performed to ensure that there truly was a contamination. However, it could cause serious unwarranted damage to the reputation of a restaurant or retailer if such results are taken out of their perspective by consumers. Thus, before any at-home screening tools can be produced, it is paramount that the consumer is well informed regarding the meaning of a positive hit with such a screening test and that there is a system in place that enables efficient follow-up confirmatory testing and reporting.

Nevertheless, such a system may be implemented more rapidly than previously imagined. The Coronavirus pandemic has changed our lives considerably and made the consumer much more aware of the dangers of viral contamination and the need for rapid testing. Because of this, it is expected that the demand for this type of device will greatly increase. Moreover, the public will likely be more willing to accept certain limits of such devices, if clearly explained in the instruction manual, such as the occasional false positive. Thus, we may see more development regarding smartphone-based virus detection in food in the very near future.

Dr. Joost L.D. Nelis recently obtained his PhD, funded through the H2020 EU project ‘FoodSmartPhone’ at the Institute of Global Food Security (IGFS) in Queen’s University Belfast. He has conducted a considerable amount of research on the development of smartphone- hyphenated biosensors for food contaminant detection. His work has resulted in the publication of eight peer-reviewed academic articles on the subject.

Food defence: protecting the food supply Threats to our food supply are more predictable than we think. Governments and businesses need to adopt a more defensive mindset, argues journalist Nick Hughes.
Technology and food Can the fourth industrial revolution change food for the better? The potential for technology to transform our current food system is much vaunted, but there are question marks over who really stands to benefit. Journalist Nick Hughes reports.
The race to future-proof the food sector It has been said that the first step to solving a problem is to recognise there is one. Scientists, campaigners, policy experts, consultants and even some major companies have been saying for some time that the food system is broken.