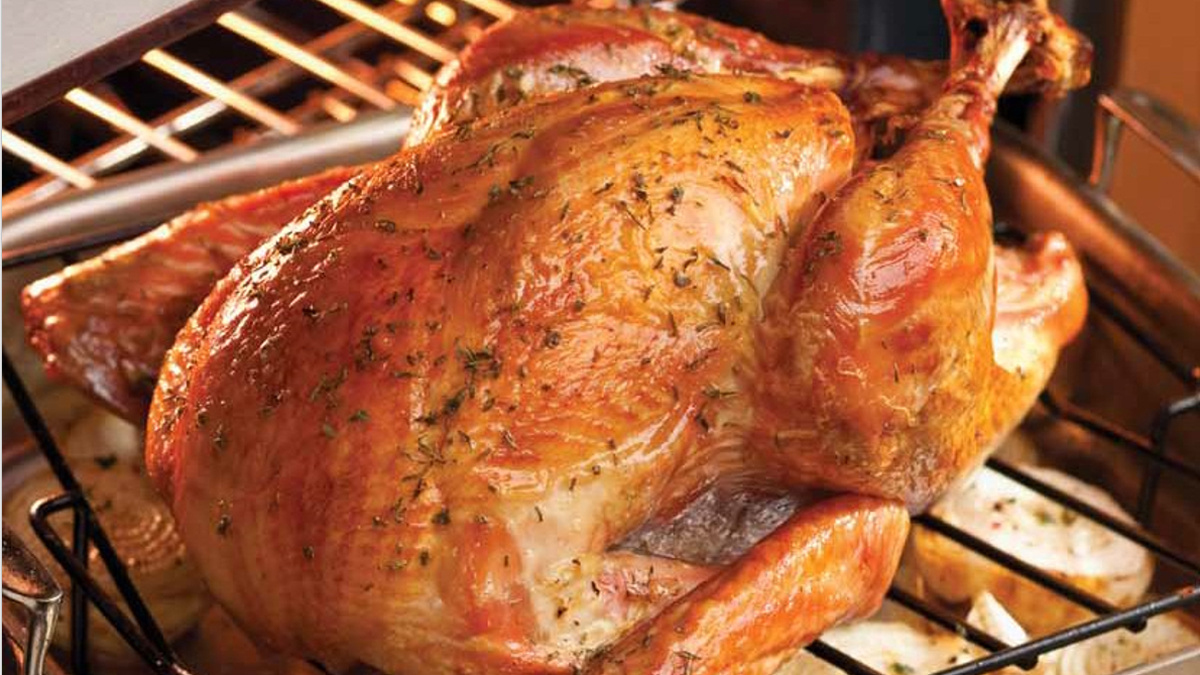 A number of stuffed and unstuffed turkeys were roasted in fan-assisted ovens. The temperature rises during the cooking process were measured in a number of points in the birds to identify when the cooking temperature reached the point that would kill any dangerous bacteria present. These time-temperature data gave the cooking times required to assure safe cooking and enabled mathematical equations to be derived giving cooking time instructions according to turkey weight. These equations only apply to turkeys cooked in fan-assisted electric ovens.

Overall the cooking instructions developed from the project produced microbiologically safe turkeys of fairly good to good sensory quality. The results from this project provide cooking advice for fan-assisted ovens based on sound science and is the basis for recommendations which will help ensure that every turkey (large or small), is cooked sufficiently.

1. Make sure that the turkey is thoroughly defrosted in the fridge before cooking.

If it is not defrosted it will not cook properly and safely. Once thoroughly defrosted, a previously frozen turkey cooks in the same way as a fresh turkey.

2. Consider cooking the stuffing outside the bird, as this will produce a tastier turkey.

Stuffed turkeys can take a lot longer to cook than unstuffed turkeys. For example, a large (7.5kg) turkey with cavity stuffing takes 30% longer (almost 1½ hours longer) to be properly and safely cooked, than a similar size unstuffed bird. Such longer cooking times can impair the quality of the turkey meat.

3. If you are stuffing the turkey, use no more than 10% of the weight of the unstuffed bird.

If you add too much stuffing, you will need to cook the turkey for longer, and this will affect the quality of the meat. The weight of the stuffing should be no greater than 10% of the weight of the unstuffed bird.

4. Calculate the cooking time based on the weight of your stuffed bird.

To calculate the correct cooking time for your turkey, make sure to use the combined weight of the total oven-ready bird, including the weight of the added stuffing.