The Problem of Antimicrobial Resistance in the Food Chain 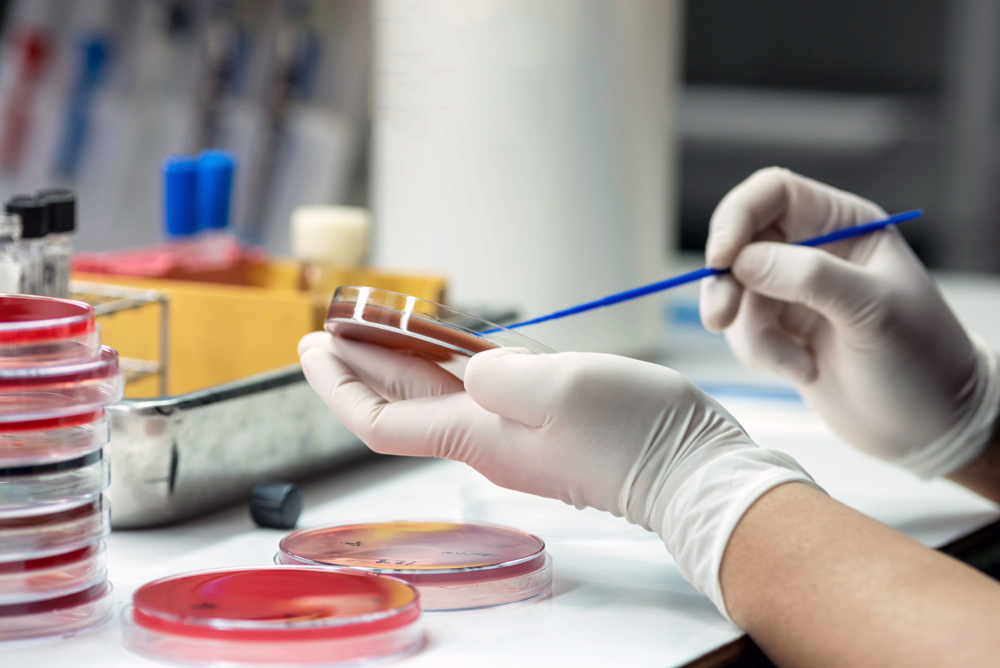 Antimicrobial resistance (AMR) associated with the food chain is currently a subject of major interest to many food chain stakeholders. In response safefood commissioned this report to update our knowledge of this area and to raise awareness of the issue. Its primary focus is on the food chain where it impacts consumer health. This review will inform and underpin any future action to be taken by safefood with regard to AMR.

What is antimicrobial resistance?

Antibiotics are important drugs used in the treatment of bacterial infections in both humans and animals. Emerging antibiotic resistance among certain bacteria is now frequently observed, thereby posing a serious threat to public health. Once these micro-organisms become resistant to one or more antibiotics, they do not respond to therapy.

Some bacteria are naturally resistant, whilst others become resistant following selection after prolonged antibiotic use. Reservoirs of resistant bacteria may develop in the gastrointestinal (GI) tracts of food-producing animals following mis-use of these valuable therapeutic drugs. These resistant bacteria can be transmitted from food-producing animals such as cattle, pigs and poultry, and the environment to humans, via the food chain.

In this report, emphasis has been placed primarily on those bacteria of animal origin that infect humans via the food chain. Specifically this report reviews the scientific data available in relation to Salmonella spp., verocytotoxigenic Escherichia coli (VTEC), Campylobacter spp., all of which are important zoonotic bacteria.

The report summarises information on other AMR bacteria such as methicillin-resistant Staphylococcus aureus (MRSA) and Clostridium difficile that may have a food-borne role that has yet to be defined. Importantly, the document comments on commensal bacteria, which inhabit the GI tracts of animals and humans, these have hitherto been an unrecognised reservoir of resistance. Consideration is also given to the role of AMR in probiotic bacteria and genetically modified organisms (GMO).

What causes bacteria to develop AMR and why is this important for food safety?

It is likely that the emergence of AMR in bacteria involves a complex series of events in humans, animals and the environment, occurring over an extended period. In the past AMR has been recognised in clinical and veterinary settings alone, and would never have been linked with the food chain. We derive much of our food from farmed animals, a feature that links human and animals alike. The food chain and the broader environment provide a convenient route, by which humans can become infected with AMR bacteria.

AMR arises following the mis-use of antibiotics. Humans are exposed to or acquire AMR bacteria through selection pressure associated with prolonged use of these important drugs. Furthermore, humans may also be exposed through direct contact with animals and humans that may be colonised/infected with AMR bacteria. A lesser recognised route however, is the food chain which may contain AMR bacteria derived from food-producing animals or from cross-contamination during food processing.

In the environment, AMR bacteria can enter the food chain through the contamination of ground and surface water, or from the spraying of food crops with contaminated water containing AMR bacteria derived from human and animal waste. Where these crops are not processed further after harvest, this food source may pose an increased risk to public health.

Food processing technologies are designed to reduce the risk of transmission of hazards including bacteria through the food chain. As bacteria become resistant, following the stress imposed through antibiotic selection, they may evolve and undergo genetic changes which make these organisms more difficult to eliminate. This may in turn increase the likelihood of transmisison through the food chain.

(3) Use of sanitizing agents & biocides in food production

Sanitizers are used in the food industry to eliminate contaminating bacteria that may occur on food preparation surfaces or equipment in direct contact with food. Although sanitizers, biocides and antibiotics kill bacteria, there is increasing concern that resistance to these cleaning agents may directly or indirectly be linked to AMR. Concerns have been expressed in regard to the application of sanitizers and biocides in food processing and in domestic food preparation environments where they may promote the development and dissemination of AMR via the human food chain. Currently there is a need to develop a better understanding of this relationship (if any).

There are a range of human health consequences from AMR including protracted illness and even death. Vulnerable patients with impaired immunity are at greatest risk.

Strategies to reduce the emergence of AMR bacteria

On the island of Ireland there are two AMR strategies currently active, the Strategy for the control of Antimicrobial Resistance in the Republic of Ireland (SARI) and the Anti Microbial Resistance Action Plan (AMRAP) in Northern Ireland. Both SARI and AMRAP recommended the development of guidance protocols in relation to the appropriate use of antimicrobials (in humans), as well as strategies to monitor the supply and use of antimicrobials in our hospitals and the community. Education awareness programmes have been developed which are focussed on medical professionals, veterinary practitioners and the general public. These aim to create a better understanding of AMR and how it links to our broader society. Managing and controling any future emergence of AMR micro-organisms will require a multi-disciplinary approach with imputs from all health care professionals and stakeholders in the food industry.

Based on the current safefood report the following recommendations were offered in support of the surveillance infrastructure and research requirements:

There is already considerable activity and information on antimicrobial resistance (AMR) at the beginning and end of the human food chain i.e. veterinary and clinical. However, the primary focus of this report is on food and food processing technology with particular impact on the consumer-health aspects. This theme is appropriate to the remit of safefood. This area is under explored, although there is some current scientific literature on the relationship between AMR, modern food production and consumer/ food interaction. This review will inform and underpin any action to be untaken by safefood on AMR and food safety.