Transcript: There are no old bold mushroom hunters 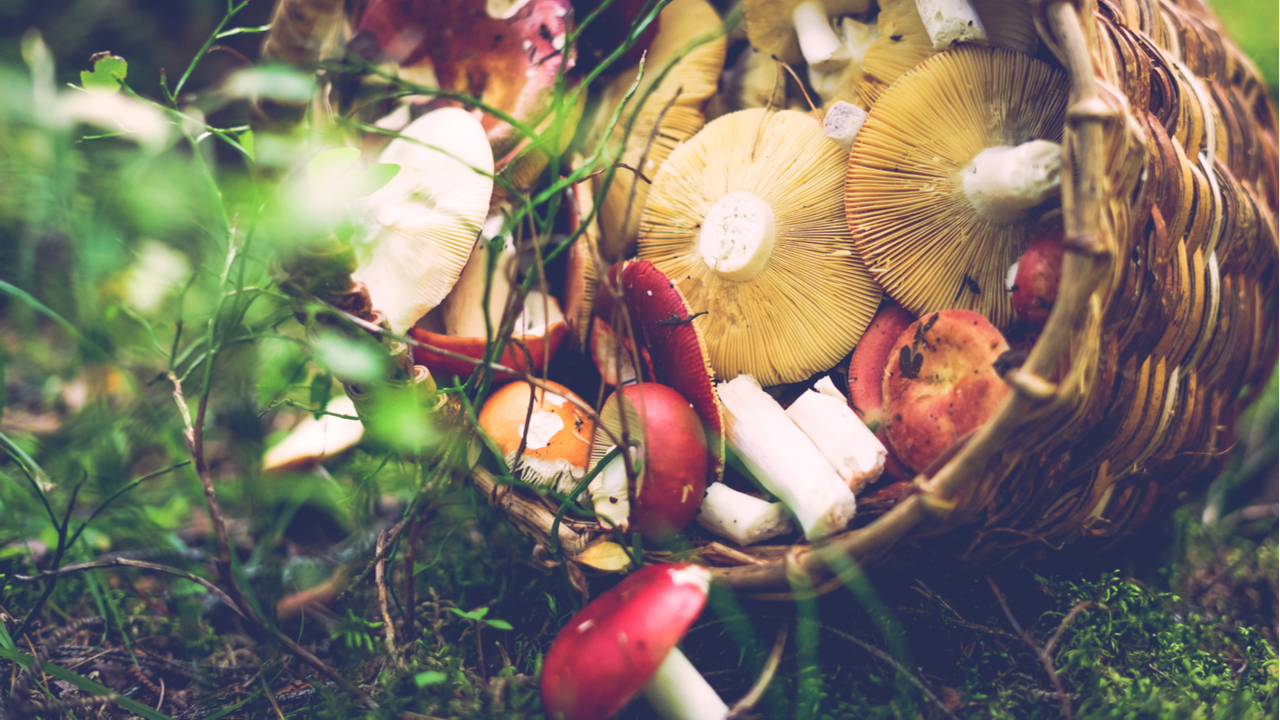 Linda: A wise, old adage and a good start as we wander into the world of foraging. We at the Curious Consumer podcast are on a quest to demystify food safety, and to separate fact from fiction. I'm Linda Gordon food microbiologist from safefood, and today I'm joined by Dr Edel Duggan, who is clinical director of the National Poisons Information Centre, and anaesthetist at Beaumont Hospital.

Together we ask if foraging is just gathering weeds and poisonous edibles or if we can enjoy foraged food. Before we get chatting to Edel, we asked you what you thought of foraging.

Linda: So, foraging goes back to the hunter gatherers and the lore of wild plants are woven through Irish legends, poetry and brehon law. The healing powers of forage plants are reflected in the belief that there were 365 parts to the body, and that there was a different herb to cure the ills of each part. However, despite these strong ties with the wild plants around us, foraging has fallen out of favour and is only recently having revival.

So Edel, while Ireland is abundant with wild garlic berries and dandelions, to name a few, is it as simple as grabbing a basket and setting out to forage food for dinner?

Edel: Well, not quite Linda, I suppose I remember as a young girl walking on the roads coming home from school and picking blackberries along the hedges and I suppose at that time, I didn't realise I was actually foraging.

Ireland doesn't have a particularly strong tradition of foraging but it is growing. And I suppose people generally tend to forage for wild berries, herbs, garlic, dandelions, nettles and mushrooms.

And the forage foods can be used for a variety of things as well some of the calls we've got included mushrooms that have been added to stews. Berries have been picked for making desserts. Some leaves for salad and sometimes used for medicinal purposes. And so, some of the dandelions sometimes can be used to make oils and vinegar and even to make a soap. So, a whole variety of uses.

Linda: So, from a food safety perspective, is that a problem?

Edel: Well, yes. The main problem is the misidentification of the plant. And if you mistake an edible one for a toxic one, then it can land you in trouble. Take for example the hemlock in it has been mistaken for wild celery. In the fruit can be mistaken for aniseed, the leaves can be mistaken for wild parsley and wild carrots, the root has been mistaken for parsnips. All parts of that plant are toxic and if you if you ingest it can lead to various, it basically affects the nerves and the muscles, can affect your breathing system and it can paralyze the muscle. So very, very serious a misidentification, if it does occur.

And you know, we had a call a few years ago, where foxglove was used in a smoothie and the patient became very ill where it can affect the heart. And there's also been cases where it's been used in tea a has been mistaken for comfrey. So, I think you need to be an expert in identifying plants, if you are going to be foraging.

There are apps out there that can supposedly identify plants. We have asked mycologists what they think, particularly for the mushroom ones, and they don't recommend it. So just note warning don't rely on that app to identify your plant.

Linda: Okay and then there are mushrooms as you mentioned. Magic ones, ones you can put in your dinner, poisonous ones, mushrooms present a particular problem don't they Edel?

Linda: Okay, let's play a little quiz to see if our listeners are up to speed on mushrooms.

Linda: So how many types of mushroom are there in Ireland?

Linda: Wow. And how many of these are edible?

Edel: 43 larger fungi native to Ireland are considered edible. But talking to people who are experts in mushroom identification they would say about 10 are deemed worthwhile.

Linda: And then how many are dangerous?

Edel: There are 14 native species that can cause abdominal pain, nausea, vomiting kind of GI upset and you know, which can be severe enough that you might need to go to hospital with it. And 13 species are dangerous, and these can affect your nervous system. It can affect the kidney and the liver, and so much so that it can be fatal.

Linda: So, there's lots to think about before going out mushroom picking.

Edel: Yes, there is that's for sure. There's I suppose the three most toxic ones, and will be Amanita phalloides, which is also known as the death cap. This accounts for 90% of worldwide mushroom poisonings in the world and about 10% to 20% death rate is associated with these. Less than one mushroom can a cause fatality, it dependent on how much of the toxin is in it. The toxin is a phallotoxin that causes death of the liver cell. It interferes with the protein synthesis in the cell and causes death. There’s different phases as initially the patient might feel, or the person, might feel well for a couple of hours. Then they might get gastro symptoms like nausea, vomiting, diarrhoea. Then they go on to improve, and they think well this is great, I'm improving. But at that time the liver is being affected and the liver enzymes are going up and then they will progress. So, it can take a couple of days for the liver failure to come through on it.

Amanita virosa would be another quite toxic one called the Destroying Angel. And again, this has the same toxin as the Amanita phalloides and can cause the liver failure in in somewhat similar way. You probably need more of these mushrooms to cause the affect but again, equally as dangerous.

And then there's the Webcap, and excuse my pronunciation if there's any like mycologists out there. Cortinarius speciosissimus, the Webcap, and this one can cause a kidney failure. There are cases out there and even kind of famous cases of people being going out foraging for the mushrooms, a Nicholas Evans is one a one story in particular, where it can lead to kidney failure.

[Nicholas Evans is the author of Horse Whisperer and he suffered a near fatal reaction after eating the deadly Webcap mushroom.]

Linda: So, the myth that the fruits of foraging can be dangerous is true. And, you can eat any mushroom but some of them only once. So be absolutely sure of what you're picking.

Yes, we advise, well, I definitely would not like foraging as I'm not an expert in mushroom or plant identification. So, unless you know what you're doing, and particularly for mushrooms, unless I had an expert mycologist beside me to identify the mushroom, I wouldn't eat the mushroom. I prefer to shop locally in my nearby supermarket.

Linda: So, well there you have it, foraging is definitely not for the amateur. Be sure you know what you were doing. And thanks to Edel for helping us unpack the truths around foraging.

Are there any food safety myths are theories you'd like us to dissect for you? Let us know by emailing us at [email protected] or message us on the usual channels, Facebook, Instagram or Twitter @safefood.net. Until next time, thanks for listening.