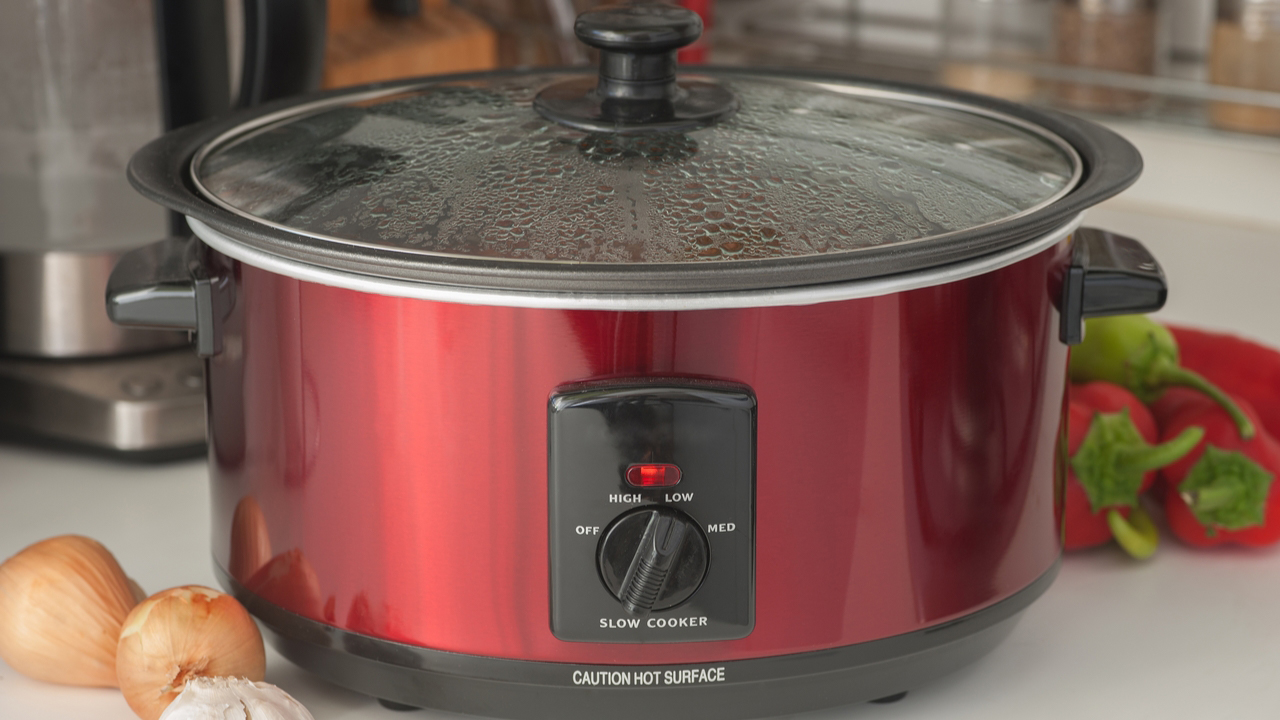 Slow cooking is a method of cooking which uses relatively low temperatures (79°C – 93°C) for a long period of time to cook food. By Sarah Norberg, Technical Executive in the Food Science Department at safefood.

What is slow cooking?

Slow cooking is a method of cooking which uses relatively low temperatures (79°C – 93°C) for a long period of time to cook food. Slow cookers are countertop standalone electrical devices that are plugged in, they are not used on a cooker. Some form of liquid such as water, stock, wine or gravy is used to cook the food in. The food cooks due to the build-up of steam over time, combined with a long cooking time.

Are slow cookers safe to use when cooking food?

Yes, slow cookers are perfectly safe to use when cooking food as long as they are used correctly. There are many different types of slow cookers on the market and different foods will have different cooking requirements so it is important to follow the manufacturer’s instructions.

Can I put frozen meat in a slow cooker?

What foods can I cook in a slow cooker?

Slow cooking is very good for tougher and cheaper pieces of meat such as a shoulder of lamb. Slow cookers are very good for cooking stews and casseroles and other dishes that allow enough time for the meaty flavour develop in a dish.

Do I need to check on the food in a slow cooker when it is cooking?

No. Slow cookers are designed to cook the food thoroughly once they are set correctly so there is no need to check or open them once they are turned on. Avoid removing the lid as steam will be released and cause the temperature to drop, this will affect your cooking times. A lot of steam can build up in a slow cooker so be careful when removing the lid, steam can cause nasty burns.

Are there any foods that should not be cooked in a slow cooker?

Raw red kidney beans, and some other beans such as cannellini beans contain a chemical called phytohemagglutinin which is destroyed when food is boiled. If this chemical isn’t destroyed, you could get raw kidney bean poisoning. Slow cooking does not destroy this chemical because the temperature is not high enough so avoid using raw kidney beans when using a slow cooker. Fully cook the kidney beans first if you want to include them in a dish.

Can I reheat food that has been cooked in a slow cooker?

Yes. You can reheat food that is cooked in a slow cooker but only once. It can be dangerous to reheat food more than once.

Can I freeze food after it has been fully cooked in a slow cooker?

Yes. You can freeze food that has been cooked in a slow cooker, once the food has fully cooled. The food must be put in the freezer within two hours of cooking. Don’t put hot or warm food into a freezer. If the food is taking a very long time cool, a handy tip is to put the food into smaller containers, this will allow the food cool quicker.