Burnt toast and how much is too much 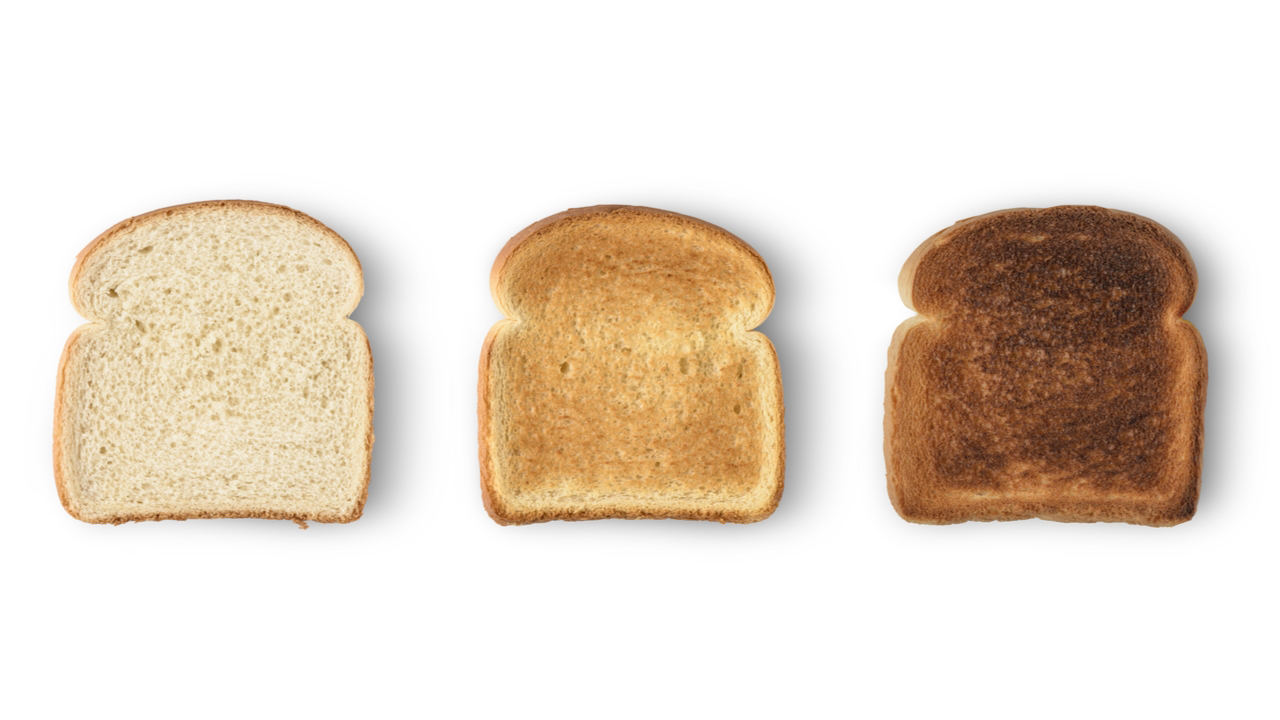 When we’re not quite sure what a "safe" level is or how dangerous a chemical can be is when problems arise. A good example of this is the news reports this week about something called acrylamide and food like burnt toast. By James McIntosh, Chief Specialist in Toxicology at safefood.

With advances in technology, we’re now able to detect really tiny levels of chemicals in just about anything, including our food. This is generally a good thing as it helps ensure food is kept safe, all the way from producer to our plates. With most contaminant chemicals found in food (i.e. a chemical that’s not supposed to be there), we have a fair idea of "how much is too much," or to put it another way, how much we can eat or drink without damaging our health. When we’re not quite sure what a "safe" level is or how dangerous a chemical can be is when problems arise. A good example of this is the news reports this week about something called acrylamide and food like burnt toast. First, the science bit!

So what is acrylamide?

Quite simply, acrylamide is a chemical used in a range of industries such as paper, dyes, plastics, and in water/wastewater treatment. By itself, it’s a toxic chemical that has been shown to cause cancer and damage the nervous system in laboratory animals, although this was at relatively high and continuous doses. In 2002, researchers in Sweden had one of those "Ah hah" moments when they discovered acrylamide can actually be formed in some foods, particularly starchy foods, under certain cooking conditions such as frying, baking, or roasting. Basically, any cooking above 120°C. French fries and crisps had the highest levels of acrylamide, and it also formed in toast and was found in coffee as well.

Should I be concerned?

Good question. Or to put it another way, what levels of acrylamide in food pose a health concern for people? To answer this, both the World Health Organisation (WHO) and the European Food Safety Authority (EFSA) looked at the data. When they looked at the amount of acrylamide we eat in our diets, they were concerned that while these levels were smaller than the levels that caused cancer in lab animals, they were still too close for comfort.

Can I eat toast or a roast potato again?

First things first – there is no hard evidence that acrylamide causes cancer in people. But since we know it causes cancer in lab animals, there’s a possibility that it may contribute to development of cancer in people over a lifetime. The general message from the experts is that we should reduce the amount of acrylamide in our diet. But that doesn’t mean cutting out toast or enjoying a roast potato.

So what’s the bottom line?

If this sounds a little vague, it’s because we’re uncertain about the evidence while still having to be cautious based on what that evidence is actually telling us!

If you want to give up coffee, toast, roast potatoes, biscuits and a whole long list of other foods, you can if you want to. Me, I have no intention of doing so as I enjoy all of the above! But then again, I have a healthy balanced diet and eat fruit, vegetables, lean meat, fish, wholemeal bread and also enjoy the odd cake. Actually, I love cake and chocolate!

But the point is, in the context of a healthy diet, the tiny amount of acrylamide that may be in a slice of toast or roast potato isn’t going to make inroads into your health prospects. A healthy balanced diet is low in acrylamide anyway.

But if you think about someone who has a poor diet, for example, a student who relies on the local chipper for lunch and dinner and maybe smokes as well (also a source of acrylamide), they should consider making changes to their diet for a whole range of health reasons and exposure to acrylamide is just one of them. Besides, you don’t need to incinerate your food so when you have toast, have it golden-coloured as opposed to burnt to a cinder. This will reduce your acrylamide intake and is better for you in the long run.

Dr James McIntosh was in conversation with the safefood Digital Team.