Changing attitudes to antimicrobial use on the farm 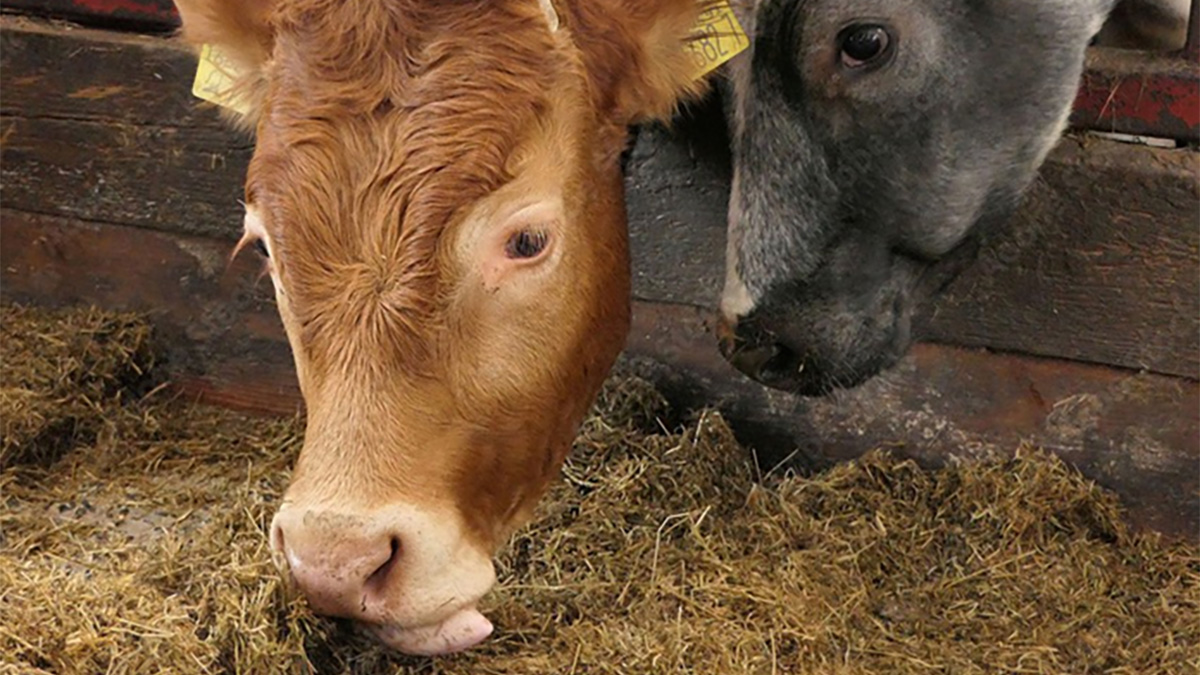 According to new safefood-funded research, the farmer-vet relationship is key to the behaviour changes needed to reduce the use of antimicrobials in agriculture

The use of antimicrobials in animal health on the island of Ireland: knowledge, attitudes and behaviours’, was a two-year cross- border project involving an inter-disciplinary collaboration between behavioural, animal health and veterinary scientists. Dr Áine Regan of Teagasc, and Professor Moira Dean of Queen’s University Belfast spoke to us about the project’s findings.

Antimicrobials are treatments that can kill disease-causing microorganisms. Imprudent (overuse or misuse) antimicrobial usage is accelerating the development of resistant bacteria, with serious consequences for treatment of infections in humans.

Antimicrobial resistance poses a major public health threat, with huge social and economic costs. The European Commission’s ‘From Farm to Fork’ strategy has set a 2030 target of reducing sales of antimicrobials in agriculture and aquaculture by 50%, and this will mean significant changes for farmers and vets regarding how and when antimicrobials can be used.

The project used a combination of research methods, including farmer and vet surveys, and vet interviews, with the interview being the main data collection method, to ensure a holistic, systematic and ‘bottom-up’ approach, explains Professor Moira Dean.

“A theoretic framework called the COM-B Model underpinned a questionnaire. It’s a simplistic way of assessing a person’s ability, motivation, and opportunity to act and how all of these factors influence their behaviour. The findings were exciting and interesting and fed into seven behaviour change interventions.” 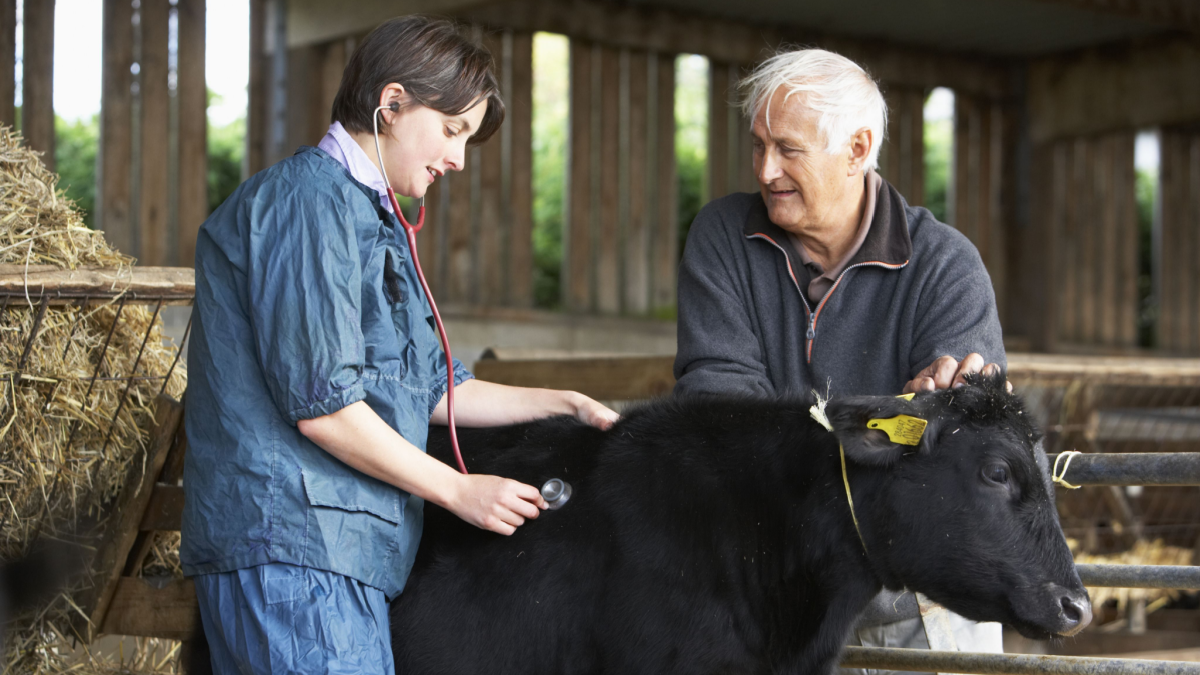 A total of 392 farmers were surveyed to ascertain how antimicrobials are currently used. The survey found that social support and the experience level of the farmer were the greatest predictors of behavioural change. Generally, participants were positively disposed to changing their antimicrobial usage practices, and believed that this was possible at farm level, with 64% saying they had already made some changes. Respondents suggested introducing subsidised vaccination programmes or financial bonuses as a suitable approach to promote reduced antimcicrobial usage. They thought introducing policies and regulations restricting the use of antimicrobials was not very helpful.

The barriers included the farmers’ attitude towards antimicrobial use and the pressure on vets to prescribe them. “Sometimes the farmer just wanted antibiotics, and it was difficult to persuade them away from it,” Moira says. In some instances, there was pressure from senior vets to resist change. Vets were also concerned about the welfare of the animals: They wanted to reduce usage, but they didn’t want the animal to suffer.

The facilitators included a gradual approach to reducing antibiotic use, encouraged greater communication between farmer and vet, tailored treatment plans, and assigning one vet per farm to help build a relationship with the farmer. Moira noted that the emphasis should be on relationship building and fostering better communication so that the farmer takes ownership and feels in control, that they are making the changes needed with guidance rather than being told what to do.

This empirical work with farmers and vets informed effective and targeted intervention design. Seven behavioural change interventions, grounded in behavioural science, were developed, and a co-design process with 70 diverse agri- food stakeholders ensured these interventions were feasible and practical.

One of the most significant drivers of behavioural change on farms is the farmer-vet relationship. Although farmers report vets as some of their main sources of information on good animal health practices and advice, vets report challenges in effectively communicating to farmers about the changes required on the farm. “Research increasingly talks of a shift in the role of veterinarians and farm advisors on farms from reactive to proactive,” explains Áine. “Rather than a traditional role of responding to disease on farms, they play an active part in providing advice on best herd health management practices and with that, information on best antibiotic practices and the mantra, ‘as little as possible, but as much as necessary’. For this role to work successfully, they must be able to deliver information successfully and where necessary, promote behavioural changes in farmers through motivating them and facilitating collaborative decision making.”

To support this, one of the behaviour change interventions designed by the project was a specialised training programme for animal health professionals, such as vets and farm advisors. The provision of technical animal health advice and information using specialised communication strategies can improve awareness and understanding of antimicrobial resistance, and influence motivations and confidence in ability to reduce antimicrobial use in the farming community. Follow-on funding has been received, and the impact is already evident through pilot projects delivered by psychologists in Animal Health Ireland and Teagasc trialling these programmes. The findings from the project will be discussed at a joint safefood–Teagasc seminar on 28 September at Teagasc, Ashtown, Dublin 15 and the report will be available from the safefood website from this date.

Dr Áine Regan is a Research Officer at Teagasc. Áine is a behavioural scientist focusing on behavioural change, and science and risk governance in the agri- food sector. She has a BA in Psychology, an MSc in Health Psychology, and a PhD in Public Health and Psychology.

Professor Moira Dean is a Professor in consumer psychology and food security. Moira has worked several projects funded by the Food Standards Agency, safefood, The Danish Agency for Science Technology and Innovation, Medical Research Council, Economic and Social Research Council, the European Union and industry. She is experienced in qualitative and quantitative methodologies for the assessment of attitudes, values, perceptions and barriers associated with food, health and sustainable living.

What does it mean for food businesses, and how can they protect themselves?

Natasha's law - Explaining regulation, enabling compliance A safefood video series aims to help Northern Ireland food businesses adapt to new labelling requirements.
What is ethylene oxide and why is it an issue? While ethylene oxide is banned in the EU, food safety alerts arising from imports are on the rise. Robert Levermore looks at the issues.