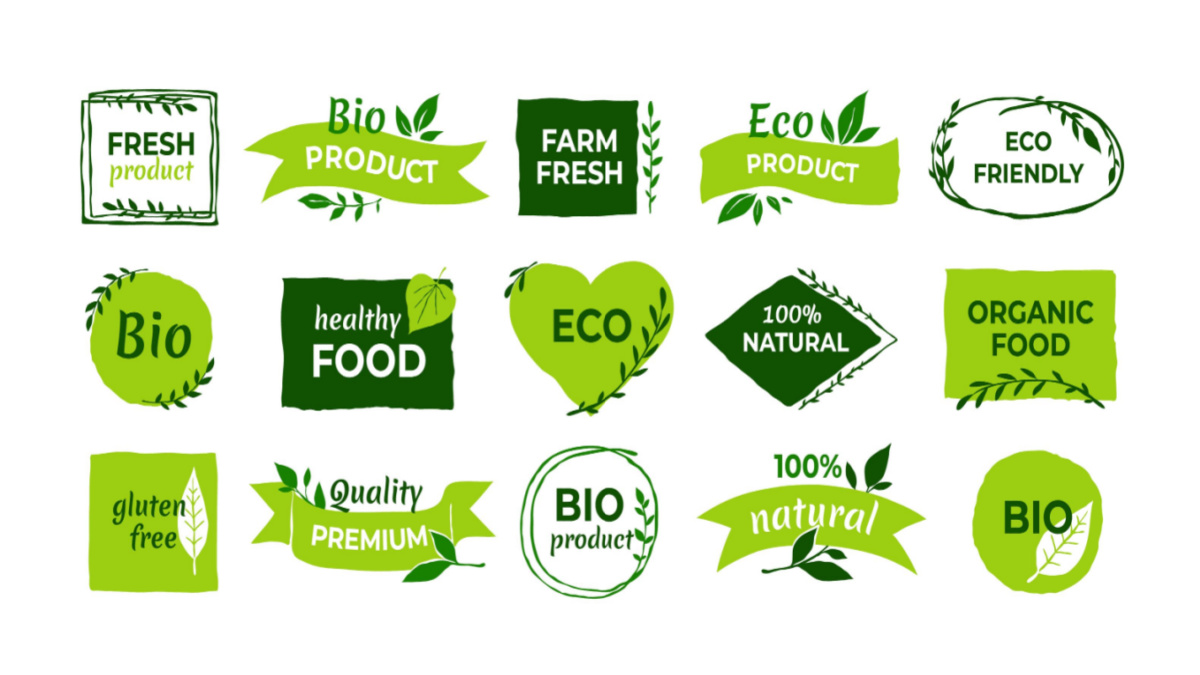 With 120 ecolabels now used on food, is it possible to wrap all this information into an easily understood system?, asks David Burrows.

There are currently 120 ecolabels used on food, each one offering something slightly different. Some, like Fairtrade, organic and the Marine Stewardship Council’s ‘blue tick’ are commonplace in supermarkets and, increasingly, restaurants and coffee shops too. Others, such as those involving carbon footprints, are gaining traction but remain niche.

There is a shake-up of eco-labelling on the horizon though, which could combine diverse types of environmental information – from emissions to pesticides – into one label (perhaps eventually a mandatory one). Some new schemes are casting the net even wider, incorporating animal welfare, methods of production, recyclability of packaging and even worker conditions.

“…too much information is semi-deliberately withheld,” wrote Tim Lang, emeritus Professor at City University, London, recently. “Demand is growing again for more information to be declared.”

But is it really possible to wrap all this information into a robust, evidence based, easily understood system? And what’s more, will it change people’s buying habits? In recent months the concept of more ‘rounded’ ecoscoring schemes has gained tremendous momentum. There is Foundation Earth, Eco-score, Foodsteps, and the Omni Action project, in which Professor Lang is involved. Some restaurants including Leon and Wahaca have introduced their own schemes, while catering companies like Compass and BaxterStorey are using environmental labels on menus in a bid to nudge people into making more sustainable choices. Lidl, Costa Coffee, Finnebrogue Artisan and Sainsbury’s have also been jostling to join schemes and run trials.

“I think a lot of people are hoping that at some point the European Commission will evolve towards one methodology, one label,” but “all of this takes time and consumers cannot wait anymore”, Veerle Poppe, sustainability strategist at Belgium-based retailer Colruyt, told me last year. “They’re asking for this today.”

Colruyt has plumped for the Eco-score label, which looks a little like the traffic light label for nutrition (red is bad and green is good). Products are graded from A to E based on their score out of 100. A life cycle assessment (LCA) is conducted first and then adjusted in a ‘bonus-malus’ approach spanning everything from packaging and provenance to deforestation and fair pay.

Shoppers can then distinguish between two products that may appear very similar. Organic honey for example scores 82/100 on the LCA. But packaged in unrecyclable plastic bottles the product loses 12 points, while in glass jars only two is deducted, leaving the two honeys with ‘B’ and ‘A’ grades respectively. 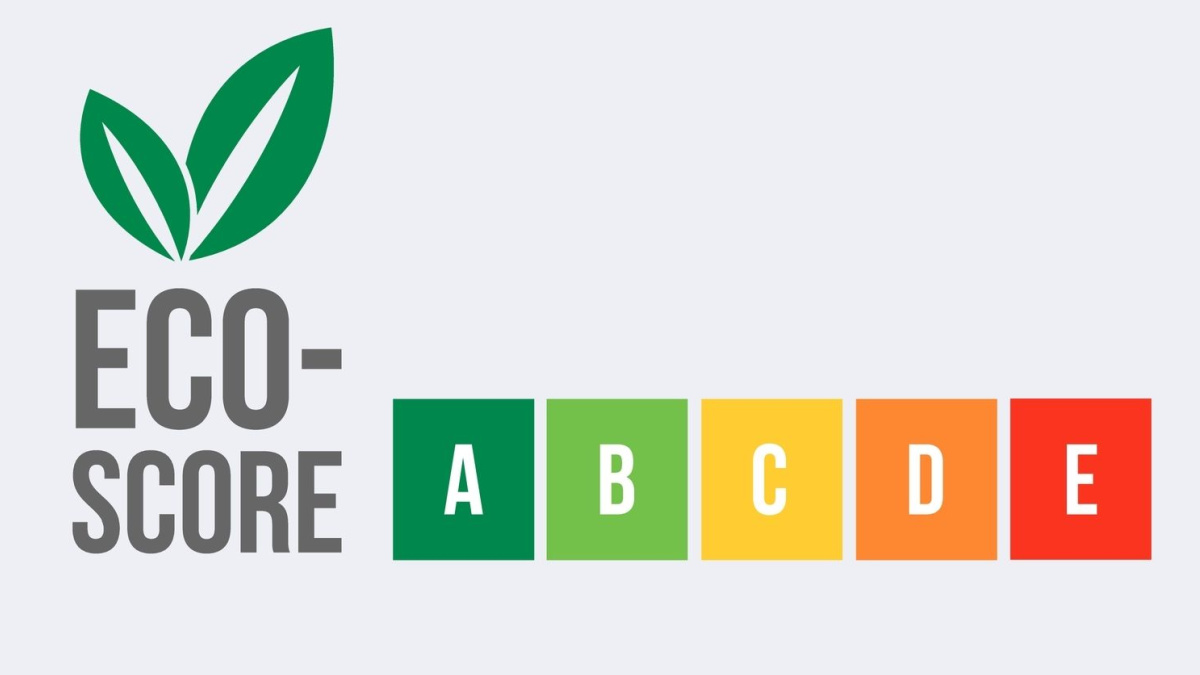 Carrefour has labelled 25,000 products, while caterer Elior has also run pilots in restaurants in France.

Lidl has been trialling the label in Scotland, Germany and the Netherlands, but that hasn’t stopped the discounter being involved in another of the most prominent schemes.

Foundation Earth is a front-of-pack environmental score on food products that started pilot in September. It was the brainchild of Denis Lynn, founder of Finnebrogue Artisan, who died tragically in May last year. Like Eco-score, it’s aligned with the EU’s Nutri-score but the approach is slightly different: the A to G grading system spans carbon (49% weighted), water usage (17%), water pollution (17%) and biodiversity loss (17%). Foundation Earth claims that in its scheme, products of the same type can be compared on their individual merits via a complete product life cycle analysis, as opposed to simply using secondary data to estimate the environmental impact of an entire product group.

To do that it is attempting to combine two different approaches: one by tech firm Mondra using data from the University of Oxford and the other funded by the EIT and involving Belgium’s Leuven University and Spanish research agency AZTI. Some experts feel that the data it’s crunching is devilishly detailed – even if the whole process can be fully automated.

Nit-picking between the schemes on whose approach is the most robust, influential, efficient and scalable continues (as do debates in academia about the merits of certain approaches). However, all tend to agree on one thing: the need to move fast. A third of global greenhouse gas emissions are estimated to come from food systems, so “we have an urgent matter to shift our consumption to more sustainable habits”, Shafik Asal, founder of the Eco2 Initiative that developed the Eco-score label, told Just-Food last year.

QUB’s professor Chris Elliott chairs the scientific advisory committee behind Foundation Earth’s label. Writing for New Food recently, he explained that Denis Lynn “knew we could not wait for governments to decide what was sustainable – or how more sustainable food production should be incentivised. What [he] realised was that the decision to purchase food based on its sustainability credentials should be left to the consumer.”

In a Eurobarometer survey of 27,000 people in 27 countries, published in December 2020, 88% said information on sustainability should be compulsory on food labels. How it’s presented, what data is used and whether it actually shifts behaviour continue to be hotly debated. There are currently no internationally agreed standards for environmental sustainability labelling and no agreement on what ‘sustainable production’ should measure. Yet. The European Commission is attempting to clean the ecolabel (and eco claims) market up through its new sustainable products initiative.

The Environment Agency in England, meanwhile, has been running a project that will “standardise metrics for environmental performance of the food and drink sector”. Few claim that this will be easy.

There is accurate data on emissions from an Irish dairy cow or a pig reared in Denmark, but far less about coffee beans or organic tree nuts from small plantations. New innovations like plant-based alternatives also need to come with comprehensive data sets (especially if they are claiming to be ‘better’ than the meat or dairy counterparts).

“The complexity of the food system is daunting,” wrote Robin May, chief scientist at the UK Food Standards Agency recently. Pragmatic decisions also need to be made about where to start and stop this research, he explained, as well as how to adapt labels with the seasons. Tomatoes picked from local fields and used to top pizzas in the summer months could well score differently to those coming from glasshouses abroad at other times of the year.

The results could also throw up some ethical dilemmas. Bacon from an intensively-reared pig might actually score better than an outdoor-bred one. What’s more important: animal welfare (not included in the new label) or environmental impact? And should it be up to consumers to decide? 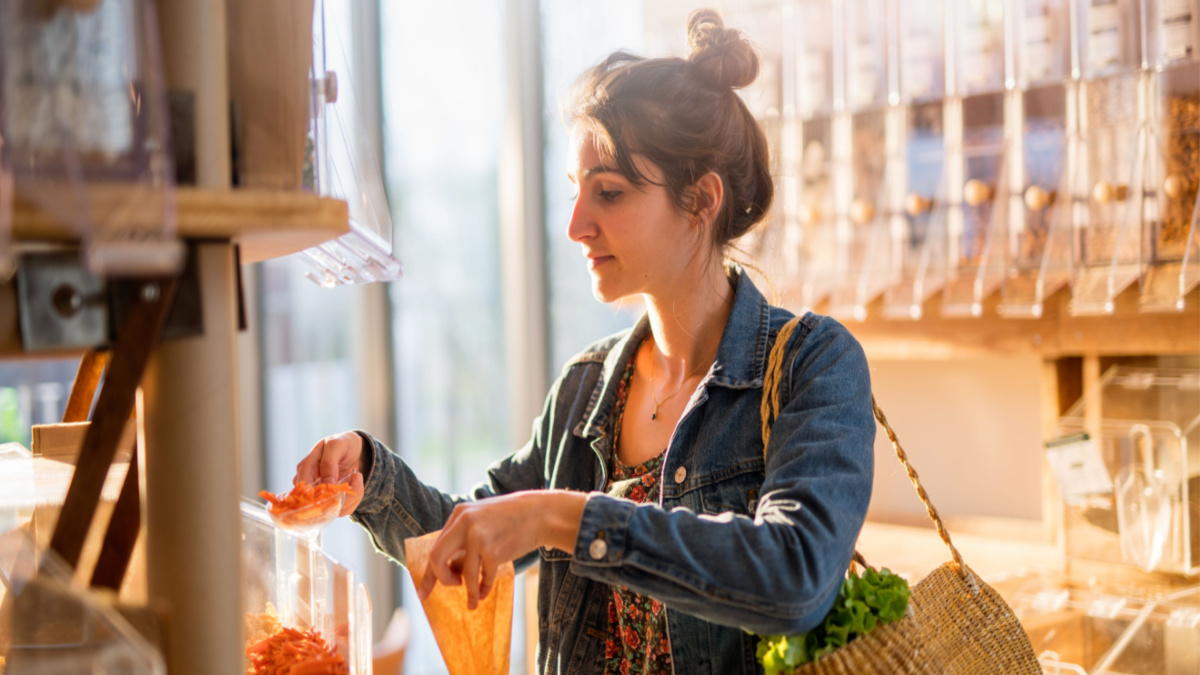 This is where support for a government or European level scheme grows. Giving evidence in the House of Lords, Westminster, this year on the role of behaviour change in meeting environment goals Henry Dimbleby, founder of the Leon food chain and author of the national food strategy for England, said the first thing the government needs to do on labelling and regulation is to say, ‘Here are the things we care about’, and that “should be broader than carbon and biodiversity. It should cover labour relations, modern-day slavery, et cetera.”

That makes it even more complicated, but it shouldn’t stop us. As Professor Lang has noted, a good food system needs to “tick a lot of boxes” so we can’t trade off the environment for nutrition or cheapness for labour rights. The Omni Action initiative, in which he is involved, is developing a framework spanning five topics: food safety, nutrition, labour, environmental impact and land sovereignty. The intention, eventually, is to create an omni-label that will offer percentage scores for each of these, banded red, amber and green.

In February, the results from a survey of 6,000 consumers that use supermarkets, restaurants and delivery apps that have begun scoring some, or all, of their products: 69% have chosen a product thanks to a favourable ‘Eco-score’, while 67% have shunned one because of a low rating. Some 15% said the score has helped them reduce their meat consumption and 92% want the labels to become mandatory.

The data on all this is now available at a level that was unimaginable 15 years ago. “What I think we need is one imperfect, but widely-used system, rather than multiple systems that are perfect in their own way, but incomparable,” says Pendragon Stuart, associate director at insights consultancy Globescan. Only that way will we get the “gut feel indications to help steer behaviour”.

In February, the results from a survey of 6,000 consumers that use supermarkets, restaurants and delivery apps that have begun scoring some, or all, of their products: 69% have chosen a product thanks to a favourable ‘Eco-score’, while 67% have shunned one because of a low rating. Some 15% said the score has helped them reduce their meat consumption and 92% want the labels to become mandatory. The results show that the score has already “become a lever for modifying consumer purchasing behaviour”, said the Eco2Initiative, the consultancy behind Eco-score.

It’s a start but can labels really shift the population-level change required to meet net-zero, prevent further biodiversity loss, protect soils, safeguard livelihoods and all those other boxes that need to be ticked? “I am in favour of arguing for labelling, but not if we think that is the mechanism for engaging with consumers,” said Lang recently. “The advantage […] is not the label. The advantage is that it encourages companies to start inspecting their supply chains.”

The power of the label is about changing business rather than consumer behaviour. “By virtue of simply having to report that information, companies change their behaviour,” explains Professor Nicole Darnall, an expert in sustainable consumption and purchasing at Arizona State University.

So, companies compete on environmental, ethical and social performance rather than just on quality and price. Chocolate brands will compete to beat their counterparts, cereal makers will plough investment into scoring as high as they can and fast food chains will look to beat one another to the most sustainable burger. “You’ve got to ask the question – given the critical situation we are in, if a product is red why is it on the shelves at all?” adds Gemma Butler, marketing director at the Chartered Institute of Marketing and founder of the ‘Can marketing save the planet’ podcast.

All this ecolabelling activity has got tongues wagging, industry engaging, experts researching and consumers wanting more. These schemes will “change the game”, noted Bord Bia in September 2021 following a huge survey of 11,000 consumers, as well as leading brands and food sector thought leaders. “Consumers want to make more sustainable choices in the future and expect food producers to help them do that,” the research noted. “Brands that help consumers [to] be more sustainable will win.”