The impact of plant diseases 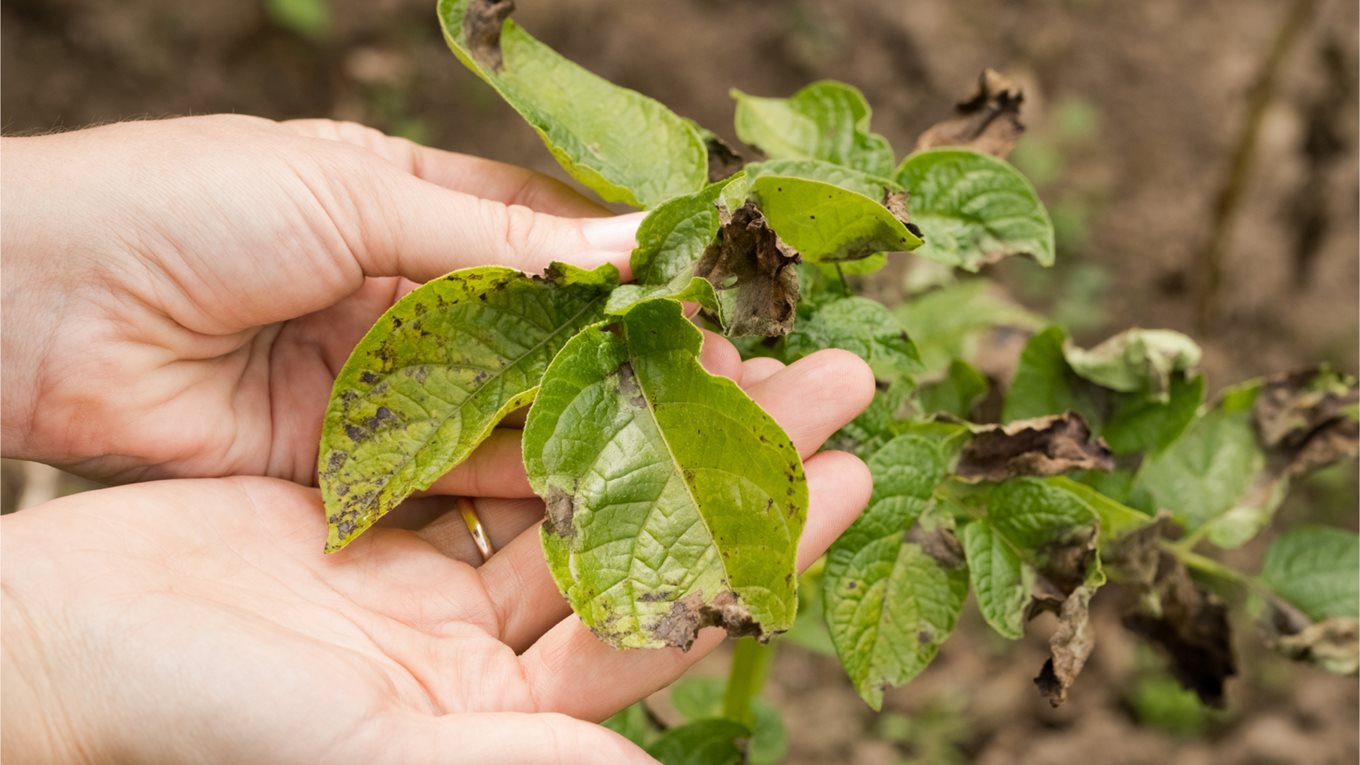 The potato blight (Phytophthora infestans) that caused the Great Irish Famine of the mid-nineteenth century, continues to be the primary disease affecting potatoes. In the UK, potato farmers spend £55m a year on average trying to keep blight at bay, while in the Republic of Ireland, it is estimated that €5 million is spent annually on fungicides to mitigate the impacts of the disease, and this corresponds to between 15 and 20 fungicide applications per season. According to the Sainsbury Laboratory, global crop losses from late blight are £3.5 billion annually. And that is just one particular pathogen.

An estimated 10-16% of global harvest (or US$220 billion worth) is lost to plant pests every year, according to the Food and Agriculture Organization of the United Nations (FAO). This includes huge losses in some of the world’s key commodities. A report by members of the International Society for Plant Pathology, published in Nature Ecology & Evolution in March this year, painted a picture of the potential devastation in five crops that together make up about half the global human calorie intake: wheat losses of 10-28%; rice losses of 25-41%; maize losses of 20-41%; potato losses of 8-21%; and soybean losses of 11-32%. In all, there were 137 pathogens and pests eating away at these crops. “We are losing a significant amount of food on a global scale to pests and diseases at a time when we must increase food production to feed a growing population,” said Neil McRoberts, associate professor at the University of California and co-author of the paper. Let’s not forget, these crops are not just food for the rich – they are the livelihoods for millions of people.

Take coffee. In 2012-13, coffee leaf rust (Hemileia vastatrix) spread quickly through the highlands of Central America, affecting more than 50% of the crop. Some Guatemalan producers lost up to 85% of their crop, with total losses in the region of US$500m and nearly 350,000 labourers put out of work, according to a report commissioned by Fairtrade Australia and New Zealand in 2016.

More recently, in Italy, 100,000 jobs have reportedly been lost in the olive oil supply chain as the country battles adverse weather and Xylella fastidiosa, which the European Commission has called “one of the most dangerous plant bacteria worldwide”. As National Geographic reported last year: “There is no known cure. Once the bacteria infiltrate a host, the plant stays infected until it dies.” As do the producers’ businesses. The Italian farmers’ association, Coldiretti, warned the government in May that this could be an “irreversible trend if no action is taken”. As the trees withered on the farms, production of olive oil fell by around 50% (to 185,000 tonnes). Producers took to the streets wearing orange vests (gilet arancioni), having tired of national and regional policy “that did not seriously face the Xylella catastrophe” and the adverse weather, according to those interviewed by the Financial Times.

Indeed, start to look at the impact of plant diseases on our food commodities and there are myriad alarm bells ringing loud and clear. But is anyone listening? “As humans we are transfixed by diseases like malaria, HIV and TB, but we don’t think about diseases to crops,” explains Sarah Gurr, professor of molecular plant pathology and chair in food security at the University of Exeter. “It’s about time we did.” Professor Gurr has been banging this drum for a number of years (and has just received funding from the Canadian charitable organisation, CIFAR, to keep doing so). In 2012, for example, she co-authored a paper published in Nature that warned: “If severe epidemics in all five crops [rice, wheat, maize, potatoes and soybean] were to occur simultaneously, this would leave food sufficient for only 39% of the world’s population.” The probability of that happening is very low, the authors admitted. Nevertheless, even low-level persistent disease leads to losses that, if mitigated, would be sufficient to feed “8.5% of the seven billion humans alive in 2011”.

Since then, the warnings have become increasingly stark. “To avoid a global collapse in our ability to control fungal infections and to avoid critical failures in medicine and food security, we must improve our stewardship of extant chemicals, promote new antifungal discovery, and leverage emerging technologies for alternative solutions,” noted Matthew Fisher et al in their paper for Science in May 2018. So, how did we get here? Intensive farming practices, cultivation of relatively few crops species and overuse of existing chemicals, certainly haven’t helped. Monocultures have in some cases “vastly increased” the susceptibility of harvests to pathogens. As Professor Gurr suggests, in some cases supply is totally reliant on a very narrow genetic resource; which is just daft”.

Take the banana. The “world’s most important fruit”, as the FAO calls it, is in the top 10 staple foods globally and represents 270g of every kilo of fruit bought in the UK (Kantar, 2017). However, only one variety of banana – Cavendish – is traded internationally (hundreds of varieties are grown for domestic consumption). This leaves the whole market perennially threatened by Panama Disease, its very own Sword of Damocles. Panama Disease is caused by the soil-borne fungus Fusarium oxysporum f.sp. cubense. To date, four races of this pathogen have been described which attack different banana cultivars. Growers have already shifted once to cultivars resistant to race 1. But now they’re facing a new strain – race 4 – which attacks Cavendish clones (as well as other banana varieties) and has been moving westward since 2010. There are no alternative tradable varieties available and no existing chemical disease controls, so if this race reaches Latin America and the Caribbean, supply to the US and EU will collapse, with significant impacts on the Irish and UK diets and on producers in the developing world. 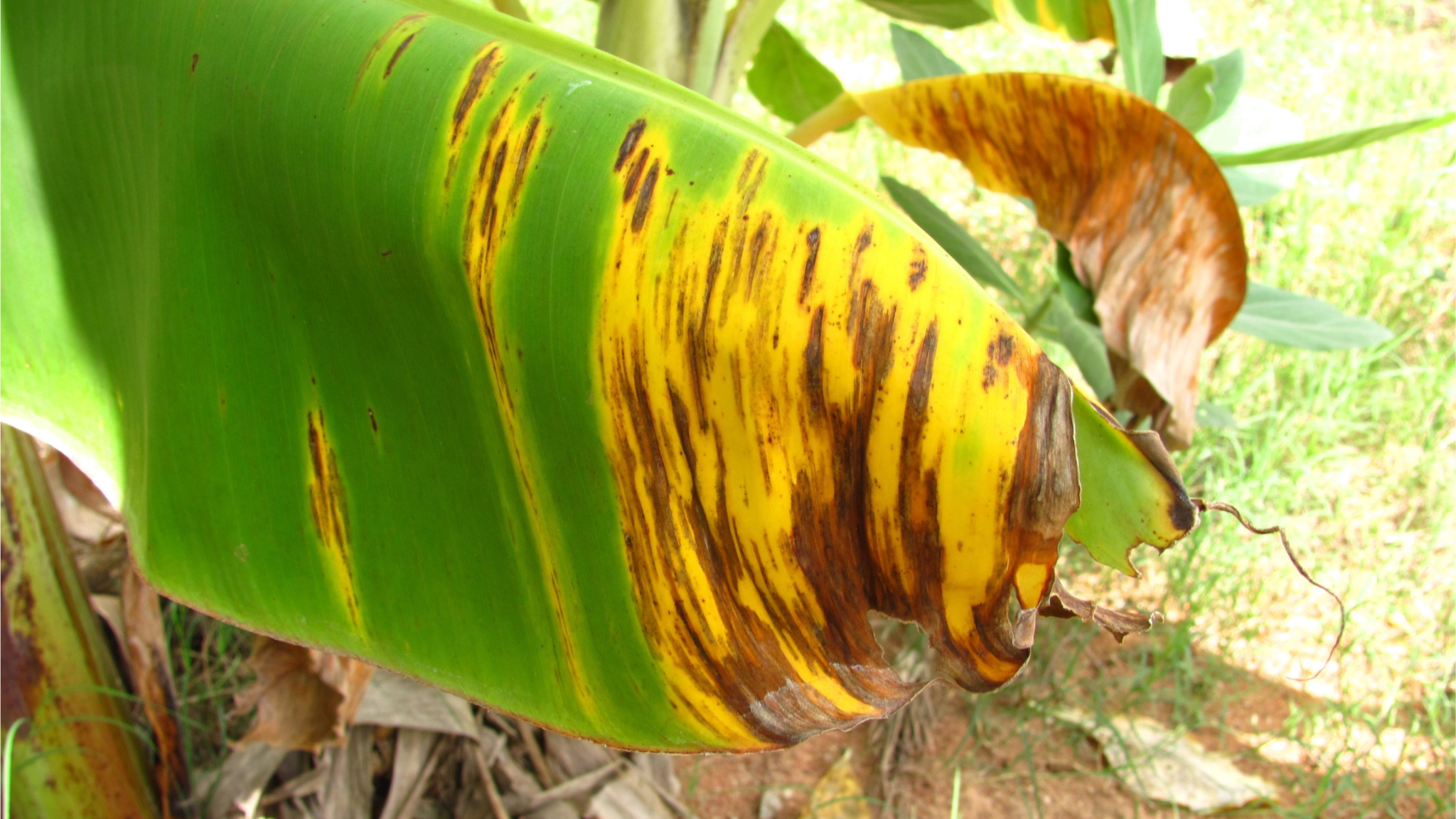 For the past three years, the £1.2m BananEx project (aka ‘Securing the future of the UK’s favourite fruit’) has been looking at building resilience in the supply chain, whilst scientists in the UK, Israel, Ecuador and Australia are all racing to deliver a genetically modified Cavendish banana that is resistant to Panama disease. “Even if you are able to tweak a Cavendish clone to be disease resistant there is nothing stopping the fungi from potentially evolving to beat it again,” Dr Dan Bebber, who leads the BananEx project at the University of Exeter, told The Guardian last year.

Given the threat to global food supplies (not to mention national economies) from plant disease, it is little surprise to see both gene editing and genetic modification bubbling up to the surface. Traditional breeding programmes work at a snail’s pace compared to superfast gene editing techniques in particular. At the same time, fungicide use is being restricted and those agrochemicals that are still in use are becoming increasingly redundant as resistant strains are evolving every three to four years. “Readers might not want to hear it, but GM is the best approach,” says Professor Gurr.

But it’s not the only approach, she adds: We also need to be far less reliant on high yield harvests derived from vast monocultures of monogenetically disease resistant crops, such as robusta and Arabica for coffee. We need more research into the potential of ancient varieties and let’s eat more seasonally because demand for things like strawberries at Christmas accelerates the emergence of diseases.” Indeed, the globalisation of our food systems has brought us variety and choice, but carting food all over the world can result in plant diseases hitching a ride. An ability to survive independently outside of their host, as a free-living saprophyte or spores in the environment, has allowed fungi to pop up in unexpected places. More than half of all emerging diseases of plants are thought to be spread by introduction. The second most important factor is weather.

The changing climate appears to be turbo-charging the spread of fungi in particular. The banana once again provides a case in point. Climate change has produced favourable temperatures for spore germination and growth of the fungus Pseudocercospora fijiensis, which causes Black Sigatoka disease and can reduce the fruit in infected banana plants by up to 80%, according to research by Dr Bebber published in Philosophical Transactions of the Royal Society B in May. There is also evidence that plant pathogenic fungi and oomycetes are moving polewards – at a speed of 8km a year, according to a 2013 study in Nature Climate Change. Coffee crops are under threat, for example, as leaf rust moves to the mountainous regions in Columbia where previously it was too cool for the fungus to survive.

Still, it’s early days in understanding the complex interactions between climate change and crop pests and pathogens. “Despite significant impacts on food security, nutrition and livelihoods, data on the scale, scope and trends of the problem are sparse and outdated,” says Cambria Finegold, global director for digital development at CABI, which in June received a US$200,000 grant from the Grand Challenges programme – an initiative of the Bill & Melinda Gates Foundation – to measure and estimate the global burden of crop pests and diseases. The data could be invaluable, helping to predict which regions might be susceptible to emerging diseases and diverting them to resistant or different crops. However, the need for further resources is clear. As Professor Gurr says: “These diseases are moving fast and we need to protect our crops.” 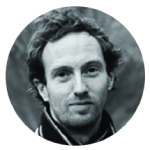