What are the estimated costs of childhood overweight and obesity on the island of Ireland? 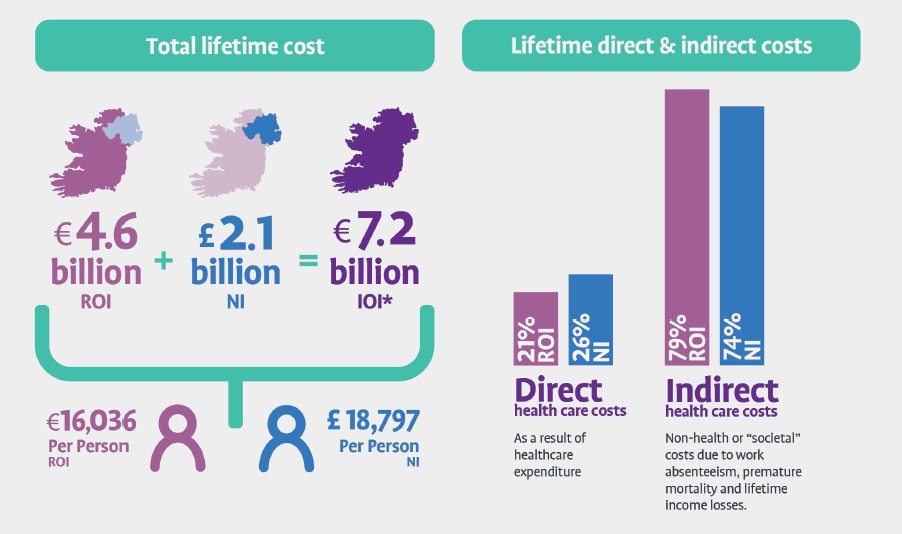 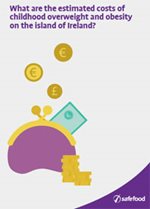 Over the past 3 decades the prevalence of overweight and obesity has increased markedly in Ireland and worldwide. In the Republic of Ireland it is currently estimated that 60% of adults and 25% of children are overweight or obese. Obesity is a chronic disorder described by the World Health Organization as a condition of abnormal or excessive fat accumulation to the extent that health may be impaired. Excess body weight is associated with a significant burden of chronic disease, with attendant negative effects on overall life expectancy, disability-free life expectancy, quality of life, healthcare costs and productivity.

While the personal and social cost of this global phenomenon are incalculable, researchers and policy makers in a number of countries have estimated the economic costs of overweight and obesity. Estimates of the economic burden of illness provide critical information for priority setting, policy development and investment in both prevention and health services. The lack of reliable data to estimate the cost of obesity in Ireland was noted in a report from the National Taskforce on Obesity (2005).

safefood is a North–South body responsible for the promotion of food safety on the island of Ireland. It has coordinated several major initiatives to raise awareness of the problem of overweight and
obesity among the general public and policy makers in both jurisdictions. safefood commissioned the 2012 report The cost of overweight and obesity on the island of Ireland, which was based on a study carried out by a research consortium with input from specialists in public health medicine, health economics and obesity epidemiology from the Health Service Executive (HSE), the Institute of Public Health (IPH) in Ireland and a number of Irish universities, led by the Department of Epidemiology and Public Health, University College Cork.

Given the scale of the estimated costs associated with current levels of excess body weight in adults, and given the high current rates of overweight and obesity in childhood, there is a clear need to address the projected lifetime costs of childhood overweight and obesity. safefood has therefore commissioned this report on current and projected lifetime costs of childhood overweight and obesity on the island of Ireland as part of its ongoing work to guide and inform our response to this public health crisis. The current study (led by Professor Ivan Perry, School of Public Health, University College Cork) is based on collaboration between University College Cork, the IPH in Ireland, the Department of Public Health, HSE Mid West, the National University of Ireland, Galway, Temple Street Children’s University Hospital and the United Kingdom (UK) Health Forum (UKHF).