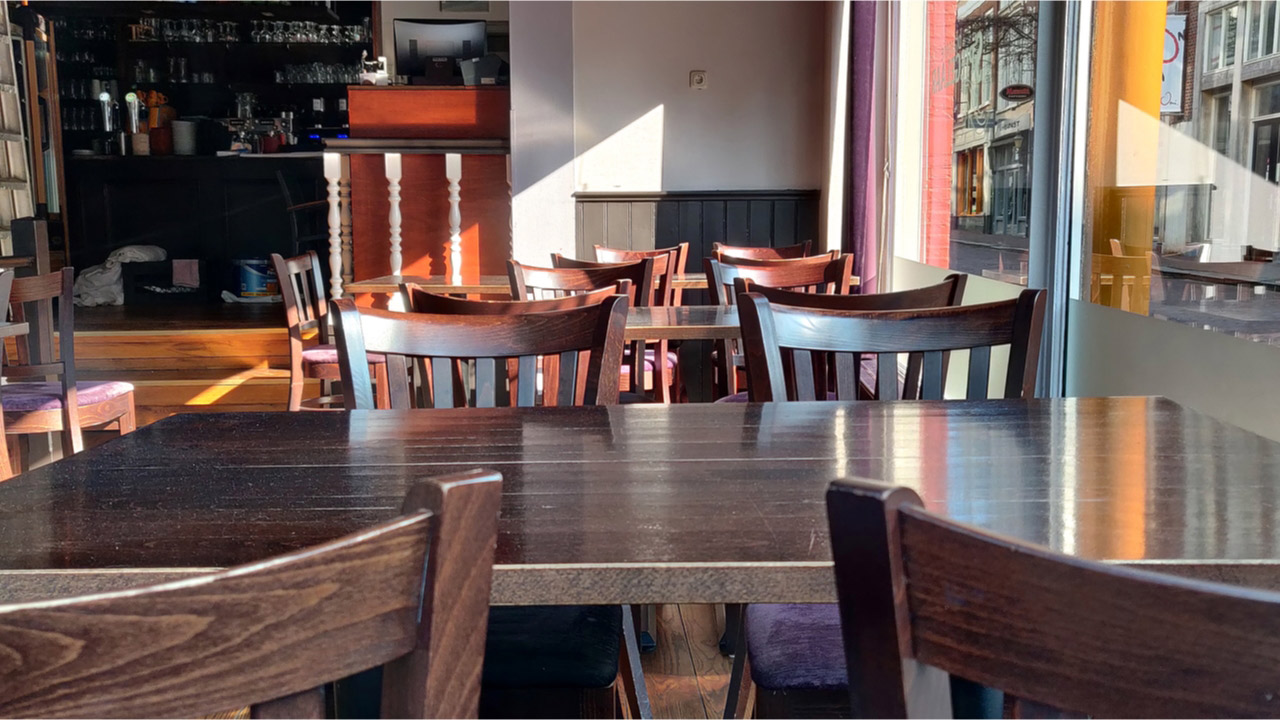 COVID-19 has thrown the global economy into a crisis that threatens to surpass the economic and financial damage inflicted back in 2007/08. Economist Jim Power looks at the implications for the food sector.

COVID-19 has thrown the global economy into a crisis that threatens to surpass the economic and financial damage inflicted back in 2007/08. It has shut down large swathes of the global economy and has caused a dramatic collapse in activity.

The real uncertainty at this stage is the path to recovery. It basically depends on how quickly the different parts of the economy can be re-opened in a safe way. The challenge for all governments will be to weigh the risks to society and economy against the risks of the virus taking hold again. It is not an easy call and inevitably there will be false starts.  A very stop-go return to some semblance of normality looks likely, but at the end of the day, normality cannot be contemplated until we see the delivery of an effective vaccine. That still appears to be some time away.

The repercussions for the Irish economy have been severe. The Department of Finance has just published its latest assessment and it is couching its projections as scenarios rather than forecasts, such is the level of uncertainty at the moment.

All of the aforementioned scenarios are predicated on the economy re-opening from the third quarter of 2020 onwards. The risks to this are obvious.

For the economy of Northern Ireland, the risks are similar. However, consumption makes up a larger part of that economy, and with all non-essential retailing shut down, the hit to the overall economy will be more severe. Some projections suggest that GDP could contract by up to 10%, with consumption declining by over 8%.

Implications for the food sector

The food supply chain has been at the centre of this crisis and has played a very important role. In the early stages of the crisis, shoppers queued and stockpiled food and other products fearing that the supply chain would be undermined. Some of these fears emanated from the fact that food supplies are quite streamlined and there was a fear that imports from abroad could be undermined by source countries engaging in stockpiling and panic buying. In the event this has not happened, and the supply chain from producers (home or abroad) to wholesalers, to retailers and ultimately to the consumer, has functioned effectively. The food supply chain has held up very well.

On the surface, it might appear that the Irish food sector - at the primary producer, manufacturer and retail level - is a significant beneficiary of the current crisis. Following an initial fear-driven surge, grocery food sales have gradually slowed as the lockdown has progressed, largely due to the fact that consumers are now running down stockpiles. Grocery sales will even out over time.

Retail margins are being squeezed. There is anecdotal evidence that the main demand is for lower-margin necessities and cheaper cuts of meat. This reflects the fact that many people have lost their jobs, incomes are declining, and the future is shrouded in deep uncertainty. In addition, extra workers have had to be hired to facilitate the increase in demand, online shopping and social distancing measures. Increased overtime and bonuses are also now being paid which does squeeze margins even further.

For food producers there are obviously opportunities, but these are being totally outweighed by the loss of the food services sector. Many food producers are heavily dependent on the food services sector and that market is effectively closed for them at the moment. Those producers who do not have full retail distribution are finding the situation very challenging. This will not change until restaurants, pubs and hotels are fully operational again.

It would appear that it will be quite some time before this happens as the process of re-opening these food service businesses will be gradual and limited until a vaccine is discovered and health concerns dissipate. It is one thing for food service businesses to re-open, but it may prove difficult to convince the public that the environment is safe and to generate pre-crisis levels of business. In addition, the international tourism market is effectively dead in 2020 and 2021 is likely to prove very challenging. Overriding all of this is the fact that the very difficult macro-economic environment will lean heavily on consumer spending until employment and earnings are restored.

Export markets will also be more difficult in a global economy experiencing so much economic pain. However, the very high standards that characterise food production on the island of Ireland should ultimately stand food producers in good stead, following the shocking revelations about food production in countries such as China. There will be a requirement to double up on efforts to market internationally the incredibly positive attributes of food produced on the island. This should ultimately present a significant opportunity once again.

Looking beyond the crisis 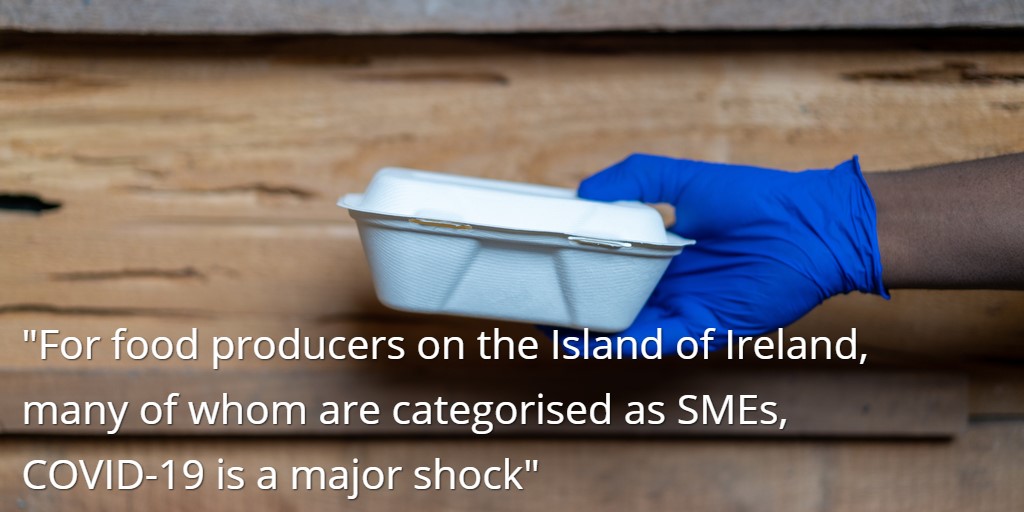 Looking beyond the crisis, it is interesting to try to envisage what the ‘new normal’ might look like for food producers. Unemployment will be higher and incomes lower than before the crisis and this will most probably exacerbate the trend towards food price deflation which has been a marked feature of the food retailing sector for the past couple of decades on both parts of the island. In addition, online food shopping has been discovered by many consumers during the COVID-19 crisis, and these habits might stick for some consumers. Online food offerings are still quite patchy, and there is considerable and essential room for improvement.

The COVID-19 crisis has clearly demonstrated to consumers the value of having a ready supply of locally produced food, produced to the highest environmental and food safety standards. It has to be hoped that Irish consumers will now realise just how lucky they are in terms of food supply. However, it will be more challenging to convert this appreciation into a willingness to pay local food producers an appropriate price for such a high-quality product. Policy makers should now endeavour to encourage the production of as many food types as possible at home, and re-ignite those products that ceased to be produced here over the years.

For food producers on the island of Ireland, many of whom are categorised as SMEs, COVID-19 is a major shock, and particularly as it comes on the back of the risks posed by Brexit. The UK is likely to exit the EU transition mechanism come what may on 31st December this year. In the context of COVID-19, this does not make sense, but the Prime Minister seems determined. This poses a considerable risk for Northern Ireland exports to the EU, and for Irish exports to Great Britain and the Northern Ireland.

For food producers in Northern Ireland, Great Britain is the biggest customer for its food exports, and this will not be adversely affected by Brexit or COVID-19. The Republic of Ireland imports and exports food & beverage products to Northern Ireland to the value of €642 million and €745 million, respectively. This trade will be challenged by any Brexit outcome and COVID-19 has obviously created even more challenges for companies involved in the sector.

However, COVID-19 will pass, and over the next 18 months we are likely to see a gradual recovery in all economies, but it could be 2022 before the impact, but not the memory, is left behind. Meanwhile, the focus has got to remain on producing as much food as possible to the highest standards possible on the island of Ireland. 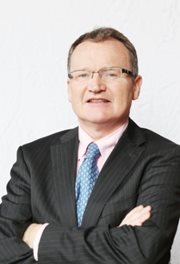 He is owner manager of Jim Power Economics Limited, an economic and financial consultancy that he set up in 2010. The company carries out consultancy projects, public speaking, and training for a variety of public and private sector entities.

He writes a weekly column in the Irish Examiner; is Chairman of Love Irish Food and he was Chairman of Three Rock Capital Management, an investment company, until it was purchased by Julius Baer in January 2020. He is a member of the Institute of Directors in Ireland.

He is a graduate of UCD and holds a Bachelor of Arts in Economics and Politics, and a Master of Economic Science Degree from that college. He lectures part-time on the MSc Management and the full-time MBA at Smurfit School of Business, UCD.

Food regulatory barriers to cross-border trade after Brexit By Professor Alan Matthews
Should insects be on the menu? In some parts of the world edible insects are a common dish. Should those of us in the west be considering them as a food source too?, asks journalist David Burrows.
What exactly do we mean by food security? There’s a growing realisation among governments, academics and businesses that long-term food security can only be achieved if that same food can be produced within the capabilities of our planet. By Nick Hughes