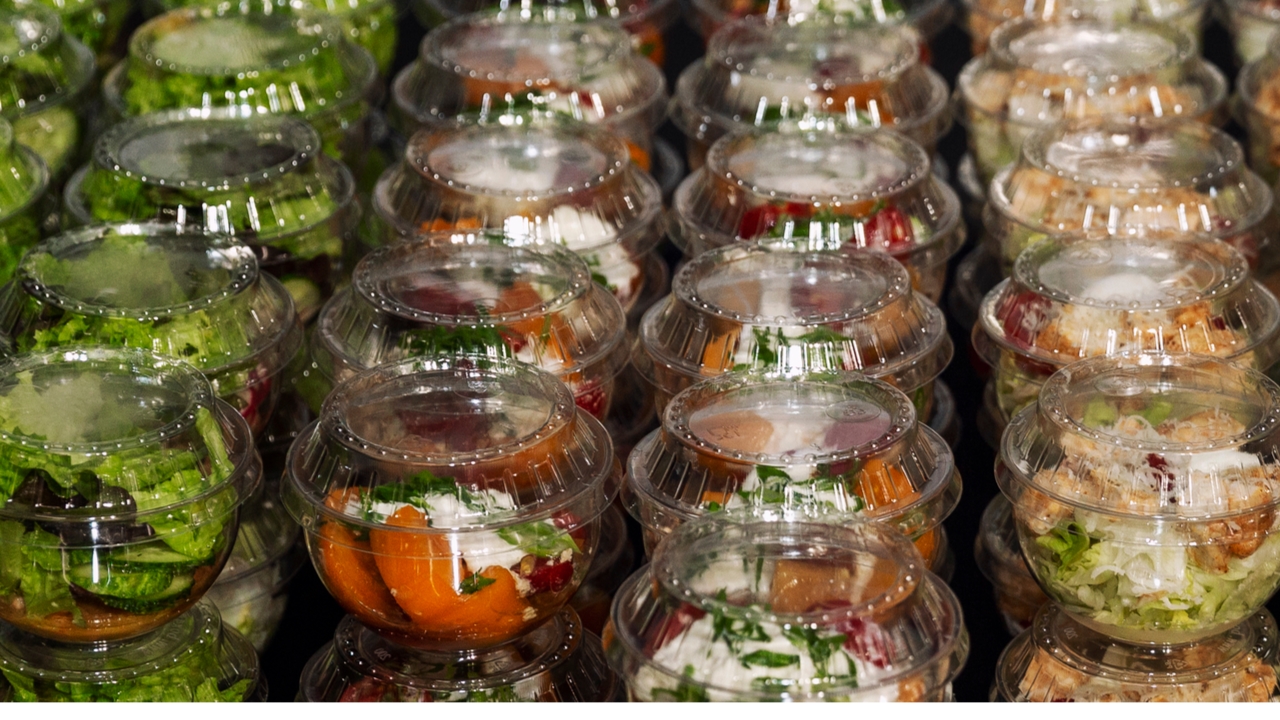 When the risk of illness associated with a food product increases, the cause can often be traced back to an emerging consumer trend. Whether it’s people developing a taste for raw milk or a preference for undercooked burgers, foodie fads often run contrary to evidence-based public health advice. Fresh produce provides another example. A trend for eating fruits and vegetables – including non-ready-to-eat frozen products – raw in formats such as smoothies and salads has been associated with an increase in outbreaks of foodborne illness. A safefood conference in 2019 heard how consumer habits regarding consumption of fresh produce are changing. A lot of fresh produce is eaten raw, so no steps to reduce risks such as cooking the product have taken place.

A particular issue is the growth of Listeria on fresh leafy vegetables driven by increasing consumer demand for healthy, freshly prepared, convenient products that require a minimal amount of effort and time for preparation. Ireland’s retail market for fresh produce was valued at €1.2bn in 2019 of which 14.2% consisted of fresh-cut produce. In recent years there have been several examples where Listeria has been detected on such products. In 2019, batches of organic kale were recalled by Dunnes Stores and SuperValu due to the detection of Listeria monocytogenes. In 2018, meanwhile, the detection of Listeria monocytogenes in a batch of spinach leaves caused a range of fresh unwashed spinach products to be recalled from a number of retailers and caterers. Listeria is a relatively uncommon pathogen compared to Salmonella, Escherichia coli and Campylobacter but it is considerably more deadly. Listeriosis commonly requires hospitalisation and has a mortality rate estimated at 25-30%. Infants, the elderly, pregnant women and the immunocompromised are particularly vulnerable and therefore public health authorities view it as critically important that the risk is carefully managed and controlled in the production environment.

One of the most high-profile cases of recent years began in 2015 when an outbreak of Listeria caused by the bacteria Listeria monocytogenes impacted five EU countries – Austria, Denmark, Finland, Sweden and the UK – with 53 recorded cases and 10 deaths. The outbreak was linked by genome sequencing to frozen sweetcorn and possibly other vegetables produced from a single plant in Hungary. Due to the long shelf life of frozen vegetable products and the long incubation period of listeriosis (on average 1-3 weeks but possibly up to 70 days) the risk to consumers remains for some time. The World Health Organisation (WHO) said the 2015 outbreak served as a reminder to consumers that frozen raw vegetables should be cooked or heat-treated properly before consumption (Listeria is relatively easy to destroy by cooking to temperatures above 70°C for 2 minutes or equivalent). 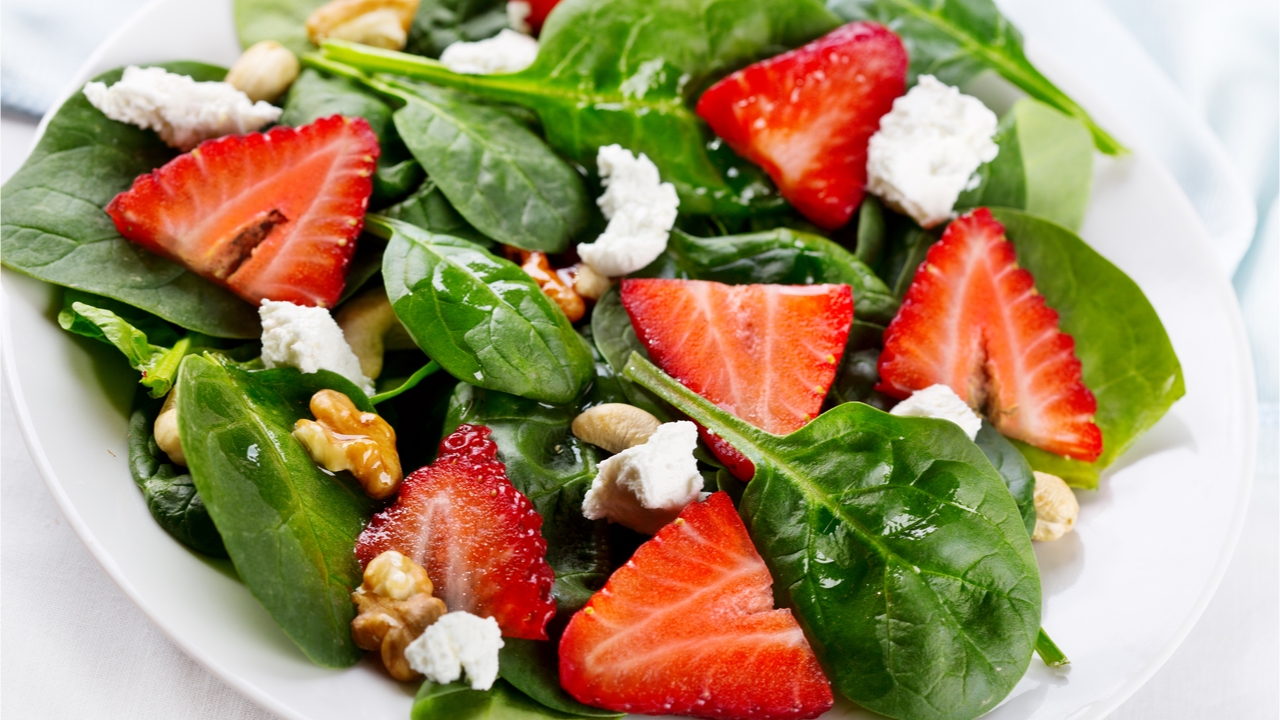 So how prevalent is Listeria in fresh produce now? Perhaps unsurprisingly, the number of samples of fruit and vegetables tested across the EU has increased significantly in recent years (+189% between 2017 and 2019), likely driven by awareness of that 2015 multi-country outbreak of Listeria monocytogenes. The latest EU Zoonoses report, based on 2019 data submitted by EU member states, provided data from investigations of Listeria monocytogenes on 2,357 units of ready-to-eat (RTE) fruit and vegetables tested. The overall occurrence was 1.7% (compared with 1.8% in 1,257 units tested in 2018). For RTE salads, 3,138 samples were analysed and 109 samples (3.5%) were found to be positive, while for spices and herbs, 291 samples were analysed and two samples (0.7%) were found positive. As well as there being an onus on consumers to reduce the risk of contamination by preparing fresh produce properly before eating it, growers too have a responsibility. Anything which comes into contact with fresh produce has the potential to cause contamination. Listeria is widely present in the environment: soil is the primary transmission vector, but water too is a significant source of contamination of raw material along the farm to fork supply chain either directly via water used as an ingredient or indirectly via aerosols or condensation. And because it can survive and grow in chilled conditions, Listeria will also continue to grow in numbers in the food factory environment, such as in drains and free-standing water, unless good manufacturing and hygiene practices are applied. Moreover, the use of contaminated production lines for several food products may represent an additional risk for potential cross-contamination of the various final products produced at the plant. Beyond the factory gate, there is also a risk of variance in labelling standards with some frozen vegetable products clearly stating that they are raw and require cooking, others implying the need to cook and others with next to no clarity. This puts the onus on consumers to apply their own understanding of safe usage.

At the growing stage, businesses can take a number of steps to minimise the risk of contamination. FSAI advice is for growers to select a suitable site, for example by avoiding soils which are shallow, highly permeable or prone to flooding or run-off, and avoiding soils which naturally have high levels of contaminants which can accumulate in certain root and leafy crops. Growers should also reduce the risk of contamination from animals by reducing access of livestock, wild animals, pests and pets, including to the source of water used to irrigate fresh produce. Good harvesting practices should be followed at all times; training and suitable facilities should be provided for staff; and all growers must establish a traceability system that can effectively identify and remove unsafe food from the market in the event of a food safety incident occurring. Down the supply chain in the processing environment, guidance produced by the British Frozen Food Federation (BFFF) into the management of risk of listeriosis from frozen vegetables states that the primary controls are based on the application of the HACCP principles and the controls applied will determine the microbiological quality of the product. Often these include criteria that can be measured on line such as temperature, time, pH and water activity as well as the application of good manufacturing and hygiene practices. Sampling and testing plans should also be used to verify that these controls are satisfactory to provide confidence that standards are being met for the finished product.

Current surveillance systems are not guaranteed to pick up Listeria contamination. Dr. Achim Schmalenberger, Senior Lecturer at the Department of Biological Sciences, School of Natural Sciences at the University of Limerick, says his group’s research shows that growth is not always detected by all testers, adding that more research is needed in order to find out why some studies find growth on a certain leafy vegetable, while others do not. Dr. Schmalenberger and his colleague Paul Culliney published a recent paper on the growth potential of Listeria monocytogenes on spinach and rocket in which they found that many studies did not find growth of the same pathogen on spinach. In conclusion, Dr. Schmalenberger says there may be more unknown factors at play that determine when a pathogen like Listeria is going to grow on a leafy RTE vegetable. From the point of view of producers trying to minimise the risks of contamination, Dr. Schmalenberger says there is not a single solution in place so the most prudent approach is a multiple hurdle approach starting with the producer and ending with the consumer.

Outside of Listeria, other disease outbreaks concerning fruits and vegetables continue to require vigilance from producers, regulators and from consumers. In the US, a number of E. coli outbreaks since 2019 have been linked to produce including romaine lettuces, ready to eat salads and clover sprouts. Within the EU, by far the most high-profile, and deadly, recent incidence occurred in Germany in 2011 when an outbreak of enterohemorrhagic E. coli (EHEC) sickened more than 4,000 people and killed 49. Initially, cucumbers originating in Spain were suspected to be the cause of the outbreak leading to import bans and destruction of products. However, it ultimately emerged that fenugreek seeds imported from Egypt were the most likely culprit. An outbreak of Salmonella presumed to be linked to imported melons has more recently been the subject of an investigation by EFSA. Between 15 March and 6 July 2021, 348 confirmed S. Braenderup sequence type 22 (ST22) cases were reported in 12 European Union/European Economic Area countries and the United Kingdom. The cases were spread throughout the countries with a total of 68 cases requiring hospitalisation and no deaths reported. In its assessment, EFSA concluded that Galia melons from a batch imported from a Honduran producer were the probable vehicles of infection. Specific to Ireland, a foodborne outbreak of cryptosporidiosis in 2020 has been linked to salad leaves. Forty cases were linked to the outbreak of which several cases shared a common restaurant history. Cross-referencing of food exposures identified a common salad box served in the implicated restaurants, sourced from a single farm, which lead to a precautionary product recall.

Cryptosporidium is notifiable in both the UK and Ireland, albeit a recently published article in the Irish Medical Journal on the 2020 salad leaves incident concluded that routine laboratory surveillance is not robust at Irish or European level and to accurately measure the incidence of Cryptosporidium infection in Europe, a comprehensive, uniform surveillance system is needed. On the other hand Cyclospora, another protozoan parasite which can cause watery diarrhoea, anorexia, nausea, flatulence, fatigue, abdominal cramping, low-grade fever, and weight loss lasting for many weeks, is not notifiable. Presenting at the 2019 safefood conference, Prof. Rachel Chalmers, director of the national Cryptosporidium Reference Unit for England and Wales in Swansea, explained that this means reporting is voluntary, surveillance may be incomplete, and cases might not be followed up.

Prof. Chalmers explained that cases of cyclosporiasis have most commonly been linked to overseas travel, in particular in South and Central America, South and South East Asia, the Middle East and Africa. Most recently, outbreaks were identified among holiday makers returning from Mexico. Incidents tend to be linked to consumption of uncooked soft fruit especially berries, salad or vegetables, and fresh herbs (fresh mint in drinks is one specific example). Although readily treatable with trimethoprim sulfamethoxazole, challenges for Cyclospora case investigations include an under-ascertainment of cases and under-reporting where case follow-ups may not be done routinely. Prof. Chalmers also noted that the time for sporulation before the Cyclospora oocysts become infective, and long incubation period (the time between ingestion and symptoms occurring) contributes to poor recall in identifying exposure risks.

International collaboration is needed for outbreak investigation and prevention which can often be challenging, while a lack of priority for analytical epidemiology particularly about potential vehicles of infection and traceability is another barrier to effective management of Cyclospora.

From a consumer perspective, Prof. Chalmers explains that the context for Cyclospora is mainly travel-related and so travellers should follow good food and water hygiene advice at all times on holiday, particularly in tropical and subtropical areas, even if staying in high-end, all-inclusive resorts.

Public health advice also includes to avoid food that cannot be washed in treated water or cooked; to only use bottled or treated water for drinking and cleaning teeth; and to avoid ice in drinks unless from a treated water source. Where possible, travellers should avoid buffets and choose freshly prepared, thoroughly cooked food that is served piping hot. Prof. Chalmers also highlights how drinks may contain uncooked herbs, vegetables or fruit and encourages people to get medical advice for any symptoms, either during the holiday or after their return, and remember to tell their GP about their travel history.

Despite the risks, fresh produce remains the cornerstone of a healthy, sustainable diet. For most people, and especially those not in at-risk groups, the health benefits of consuming regular servings of fruit and vegetables are likely to outweigh any risks. But along the supply chain, there are actions to be taken by all parties that can help keep that risk as small as possible.