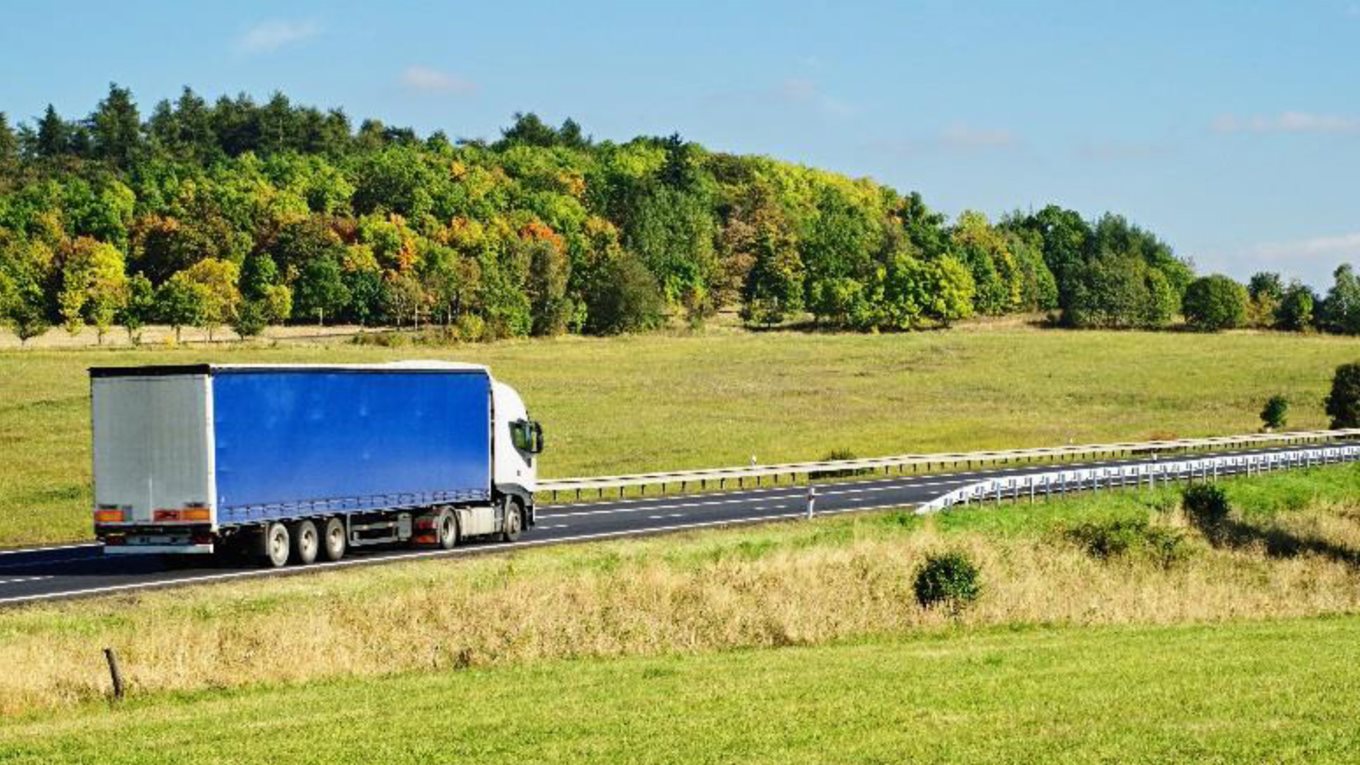 The UK announced it intended to withdraw from the EU on 29 March 2017 after more than four decades of membership. During this period trade has been facilitated between the EU Member States by an increasingly integrated regulatory framework.

One element of this is the common commercial policy administered at the EU level, which has removed tariff barriers on intra-EU trade and ensures that goods entering the EU from third countries anywhere in the EU pay the same Common External Tariff.

The other element is the single market which came into force on 1 January 1993. A common EU legislative framework sets high minimum standards which all goods sold on the EU market must meet, although individual Member States can set higher standards for their own producers. The principle of mutual recognition means that goods lawfully placed on the market in one Member State cannot be prevented from being sold in other Member States.

The combination of the customs union and the single market means that trade takes place within the EU without frictions or additional trade costs. There are no tariffs, no customs clearance requirements and no regulatory barriers or checks when goods, including food, are moved from one EU Member State to another.

All of this could potentially change for trade between EU Member States and the UK once the UK leaves the EU. In the worst case scenario, if the UK leaves without a trade agreement with the EU, or without a transitional arrangement to cover the time before a new trade agreement can come into force, there is the potential for significant additional trade barriers following Brexit Day.

These additional costs would bear particularly heavily on Irish-UK trade because of the high level of integration between the two economies. It would also bear particularly heavily on trade in live animals and food because of the additional requirements for regulatory checks at borders for these products in order to safeguard food safety, plant and animal health (referred to as sanitary and phytosanitary (SPS) checks). In this respect, the future of cross-border trade between Northern Ireland and the Republic of Ireland requires particular consideration.

The EU operates strict regulatory controls on imports of animals and food into the EU from third countries. After Brexit, the UK will be a third country and these controls will apply to exports from the UK to the Republic of Ireland unless alternative arrangements are specified in a future trade agreement.

What controls the UK will apply to imports of animals and food from the Republic of Ireland will depend on the future policies that the UK will put in place once it has regained its regulatory autonomy after Brexit. The purpose of the European Union (Withdrawal) Bill currently being debated in the UK Parliament is to ensure that current EU regulations will continue to apply in the immediate aftermath of Brexit. This means that similar measures would apply to Irish food exports to the UK as the Republic of Ireland would have to apply, as an EU Member State, on imports from the UK.

However, even though the UK might maintain the same EU standards in place after Brexit, trade rules would still be different because the EU would have to satisfy itself that these standards were being met. Taking trade in meat as an example, the UK would have to be placed on the list of countries approved for export to the EU, each consignment would have to be accompanied by a health certificate signed by an official veterinarian, documentation and identity checks would have to be performed by customs, any tariff duties as well as import VAT would have to be collected, and a specific proportion of consignments would have to undergo physical checks.

In general, the minimum number of consignments to be subjected to a physical check are 20% for meat, meat products, fish, fishery products, 50% for poultry meat, honey, dairy products and shellfish, and at between 1% and 10% for most products of animal origin that are not intended for human consumption.

Many of the customs clearance checks could be avoided but not eliminated if the UK enters a free trade agreement with the EU after Brexit. It is possible to minimise the hassle of the remaining administrative procedures through the use of electronic documents and ‘trusted trader’ status for regular traders.

But even for non-food products there is still the requirement for a small number of physical checks (perhaps 1-2% of consignments) with greater requirements for SPS checks on certain plants and plant products (including some fruits and vegetables) and for animal products in particular. These SPS requirements would exist because the UK would no longer be a part of the single market. Signing a free trade agreement (or entering a customs union with the EU as some have suggested) would not on its own avoid these requirements.

The requirement for vehicles carrying milk or meat to stop at a small number of specially equipped entry points with the cold storage and laboratory facilities to carry out the required tests would clearly be incompatible with the declared objective of both the UK and the EU27 that there should be no return to a hard border between Northern Ireland and the Republic of Ireland, and the UK commitment that there will be no physical infrastructure along the border.

In its position paper on Northern Ireland, the UK government proposed that the UK and the EU should enter into a regulatory equivalence agreement on agri-food measures. The UK and the EU would agree to achieve the same outcome and high standards, with scope for flexibility in relation to the method for achieving this. This approach could ensure that there would be no requirement for any SPS checks for agri-food products at the border between Northern Ireland and the Republic of Ireland.

A regulatory equivalence agreement in which two countries agree that they achieve the same level of consumer safety and health protection even though they may use different regulations to achieve this end is thus far-reaching. The EU has only limited experience of equivalence agreements outside the food safety area.

For example, the EU has an agreement to recognise organic certificates issued in the United States and Chile as meeting the EU requirements for organic produce, even though the organic standards in these countries are not the same as in the EU. To date, however, there is no example of an equivalence agreement for SPS standards of the scope that would be needed to avoid crossborder inspections.

To date, the EU has only been prepared to remove the requirement for SPS border inspection with countries that agree to adopt the entire EU acquis in the SPS area. Examples include Norway which is linked to the EU through the European Economic  Area agreement, and Switzerland which has a series of bilateral agreements in which Switzerland binds itself to follow EU legislation in this area. As a result, these countries are effectively a part of the single market and their standards are harmonised with those of the EU.

Agreeing regulatory equivalence may not be easy

Negotiating equivalence is tricky because it involves a judgement whether a different regulation achieves the same level of protection. For example, the EU only allows potable water to be used when washing animal carcases. Other countries allow the use of a dilute lactic acid or chlorine rinse which is effective in removing bacteria and which does not have any adverse effect on human health. The EU (with some exceptions) does not endorse the use of these anti-microbial rinses because it believes they can be used as an ‘end-of-pipe’ solution rather than encouraging good hygiene practices throughout the supply chain.

Once the UK has left the EU, it will be free to alter its regulations, particularly where it believes the EU has relied excessively on the ‘precautionary principle’ to prohibit the use of particular food additives, or to set maximum pesticide residue limits, or to restrict the use of growth promoters, or has failed to approve particular geneticallymodified foods for import.

One of the major declared motivations for UK withdrawal from the EU is its desire to be able to conclude free trade agreements with countries with which the EU has been slow to negotiate or has yet been unable to reach an agreement. The United States is one example. In a future free trade agreement with the US, the UK might agree to allow the import of poultrymeat treated with a chlorine wash which is not allowed to be imported into the EU. In the absence of physical border checks, the EU would have to be satisfied that it could control the re-export of this US poultrymeat to its markets through documentary checks alone.

A regulatory equivalence agreement on agri-food standards is indeed the most obvious way to avoid the introduction of prescribed third country checks on cross-border trade and particularly animal products. But the difficulties in negotiating it should not be under-estimated. It would be a unique agreement, one which the EU has not granted to any other country.

To get it to work, it might be necessary to constrain the future autonomy of the UK to alter its regulatory standards. Until now, the EU has only concluded regulatory agreements to remove SPS barriers with countries which have accepted to harmonise their standards with the EU. This runs counter to the notion that Brexit is about the UK ‘taking back control’. Nonetheless, a regulatory agreement to accompany any future free trade agreement between the parties is the only way to avoid the reintroduction of SPS checks at the border on this island.

Alan Matthews is Professor Emeritus of European Agricultural Policy  in the Department of Economics, School of Social Sciences and Philosophy at Trinity College Dublin . His research interests include the behaviour of the Irish farm and food system, the EU’s Common Agricultural Policy, the relationships between trade and food security, and WTO trade norms and disciplines.

Scientific co-operation and laboratory linkages on the island of Ireland