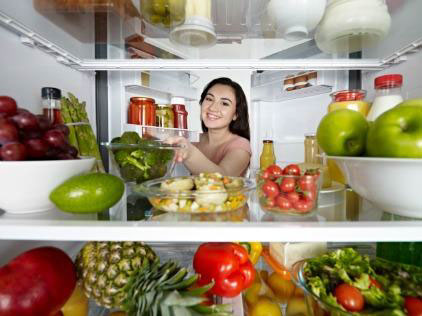 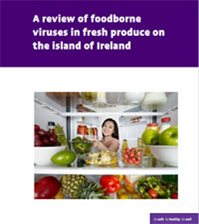 Viruses are a leading cause of foodborne disease in the European Union. Norovirus and hepatitis A virus are recognised as the main viruses of public health concern. Transmission of these viruses typically occurs through foods that are consumed raw such as shellfish and fresh produce, with outbreaks involving these foods becoming increasingly common.

Consistent with this, in 2013 there was an hepatitis A virus outbreak in Ireland that was related to the consumption of imported frozen berries. This outbreak, and the increasing implication of fresh produce in virus outbreaks globally, has prompted requests for a review of current knowledge about viral contamination of fresh produce on the island of Ireland. Particular focus on current methods of detection for viruses in produce, and epidemiology and prevalence studies, is called for.

In 2012, a standard method for the detection of Norovirus and hepatitis A virus in salad vegetables and soft fruits was published by the International Organization for Standardization (ISO/TS 15216-1 and ISO/TS 15216-2). This method has led to enhanced surveillance of foods following virus outbreaks in many countries. It has also enabled some countries to evaluate viral occurrence in different produce types through the supply chain.

Surveillance studies undertaken following outbreaks overseas show that the main fresh produce commodities implicated in the transmission of viruses are berries, lettuces, tomatoes, melons and scallions (spring or green onions). Commodities such as grapes, pineapples, mangoes and pomegranates have only been implicated occasionally. Norovirus and hepatitis A virus have also been detected in a wide variety of produce types that have not yet been linked to illness outbreaks. These include dates, leeks, radishes and parsley. This suggests that a broader array of foods may be responsible for viral illness outbreaks than previously considered.

Currently on the island of Ireland there is no laboratory testing capability for detection of viruses in produce and there are no data on viral occurrence in fresh produce. In prevalence surveys conducted overseas, detection rates varied widely, with some studies showing very high rates of contamination and others very low rates: Norovirus detection rates ranged between zero and 62.5% for vegetables and between zero and 50% for fruits.

Comparing detection rates across studies is challenging because methods of analysis vary, as do the origins of the foods sampled. This also hampers predictions of viral prevalence on the island of Ireland. Increasing global adoption of International Organization for Standardization/TS as the standard method for virus detection should improve comparability of studies in the future.

The lack of viral occurrence data limits attempts to quantitatively evaluate the risk of viral illness relating to fresh produce consumption on the island of Ireland. Additionally, the absence of a testing 1 capability means that it is difficult to confirm the involvement of foods in viral illness outbreaks. Thus, an important consideration for the future is the implementation of the ISO/TS method for detecting viruses in produce on the Island of Ireland. The development of this capability would enhance surveillance of suspected foods and assist in identifying sources of contamination.

Generation of prevalence data for Norovirus and and hepatitis A virus would support quantitative risk assessment. Such data would also provide a scientific basis for future discussions regarding microbiological criteria for Norovirus in produce – which the European Food Safety Authority suggests should be considered in the future following the generation of further baseline data. The availability of virus testing may also be useful for primary food producers and importers to verify the efficacy (the effectiveness) of Good Hygienic Practice and Good Agricultural Practice and to identify potential high risk points in the supply chain.

If viral monitoring is implemented on the island of Ireland in the future, the interpretation of reverse transcription–polymerase chain reaction (RT–PCR) testing results will need to be considered, along with appropriate sampling plans that minimise the risk of false negatives.

Virus persistence studies have demonstrated that Norovirus and hepatitis A virus can survive on the surface of produce for extended periods of time – longer than the shelf life of the products. Viruses can be accumulated through the roots of some plants, such as lettuce and onions, and are then sequestered, or stored, in tissues and cells. Recent data demonstrates the attachment of Norovirus to specific ligands (molecules that bind to other molecules) within lettuce tissues. This explains the resistance of these viruses to common processes such as washing. In addition, virus inactivation studies suggest that the use of chlorine or low heat may not be completely effective post-harvest treatments for reducing or eliminating viruses.

The fact that many produce types are consumed raw without any treatment means it is critical that viruses are not introduced during production and harvesting. This can be achieved by ensuring that water used at all stages of production is clean and that food handlers and pickers adhere to GHP. Current guidelines, including the recently produced FSAI Guidance Note No. 31 (Fresh Produce Safety in Primary Production in Ireland) and the Codex Guidelines on control of viruses in foods, provide adequate recommendations on these two key issues. It is very important that these are followed by food business operators. Training programmes for produce workers covering the role of foods in virus transmission, transmission pathways and details on the infectivity of Norovirus and hepatitis A virus, are also essential and should be prioritised