The cost of a healthy food basket 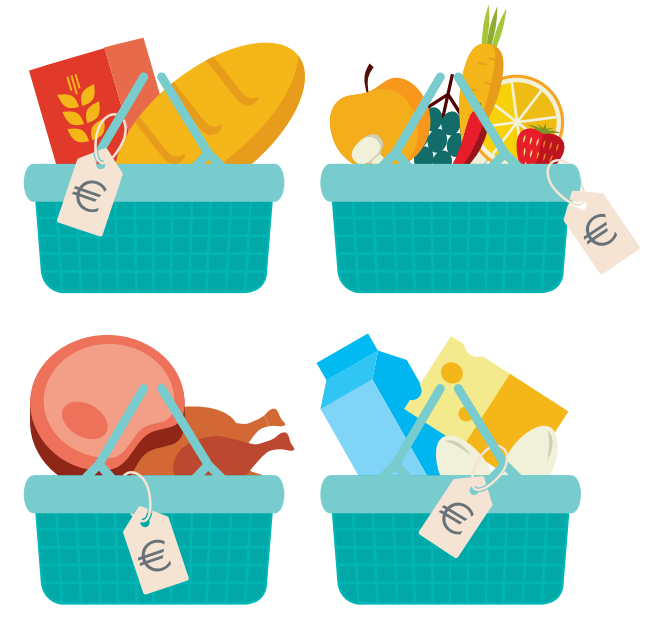 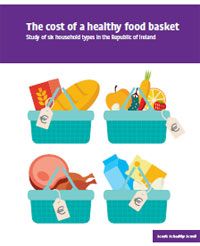 A Minimum Essential Standard of Living (MESL) is derived from a negotiated consensus on what people believe is a minimum standard. It is a standard of living that meets an individual’s or a household’s physical, psychological and social needs. This is calculated by identifying the goods and services required by different household types in order to meet their needs. While an MESL is based on needs, not wants, it is a standard of living below which nobody should be expected to live.

This report focuses on food, one of the 16 elements of the Minimum Essential Standard of Living (MESL) data. It is based on a methodology called Consensual Budget Standards (CBS). The report is presented in the context of increasing concerns about the issue of food poverty in the Republic of Ireland (ROI) and an increase in the number of people reporting that they do not have enough money to buy food. Recent data from The Organisation for Economic Co-operation and Development (OECD) have shown that the number of people believing they cannot afford food doubled from 4.2% in 2008 to 9% in 2014. Data from Eurostat show that in 2013, food and non-alcoholic beverage prices in Ireland were 17% higher than the EU average. Moreover, research by Carney and Maitre, using data from the Survey on Income and Living Conditions (SILC), found that one in ten people are living in food poverty in Ireland. Food poverty is defined as the inability to have an adequate and nutritious diet due to issues of affordability and access to food. This has related effects on health, culture and social participation.

The 2013 data from the Survey on Income and Living Conditions (SILC) show that 1.4 million people, almost 31% of the population, suffer from deprivation. This means that they are unable to afford two items from a list of 11 very basic items (of which one is not being able to eat a meal with meat, chicken, fish or a vegetarian equivalent every second day). The highest levels of deprivation are experienced by lone parents (63%), unemployed people (55%) and people not at work because of illness or disability (53%). The experience of the Vincentian Partnership for Social Justice (VPSJ) is that expenditure on food tends to be one of the least important considerations when households are dealing with competing demands on an inadequate income.